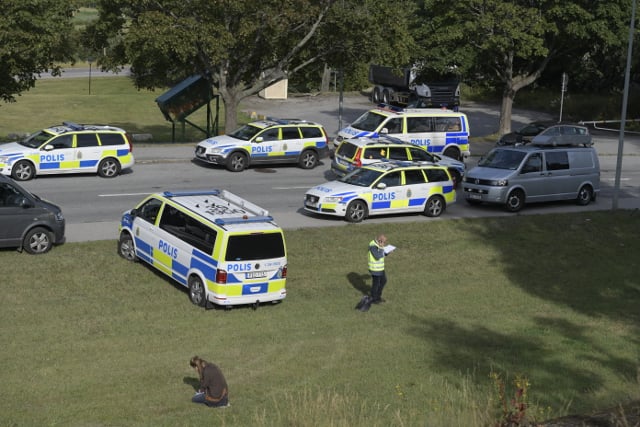 Police at the scene of the shooting in southern Stockholm. Photo: Janerik Henriksson/TT

The alarm was raised at around 3pm on Tuesday about a shooting at Östbergatorget, just a few kilometres south of Stockholm's southern central island Södermalm.

“Witnesses had heard bangs and shot-like sounds and we received information that someone had been shot. When our patrol arrived we found two people with gunshot injuries, and we are now securing the crime scene and will speak to the witnesses in order to get a picture of what has happened,” Åsa Wallentin from Stockholm police told The Local.

The two people injured were taken to hospital in an ambulance. One of them later died from his injuries, while the other was described as having non-life-threatening gunshot wounds.

No arrests had been made in the early hours of Wednesday.