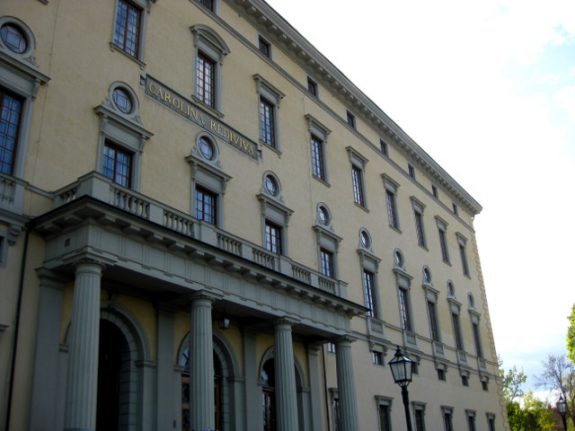 Uppsala University is one of the Swedish schools to feature. Photo: carolina (Rinse)/Flickr Creative Commons

The Academic Ranking of World Universities (ARWU) has been rating the top 500 universities in the world since 2003, and the Karolinska Institute is Sweden's best performer this year at 44th place, maintaining its position from 2016.

Next is Uppsala University at 63rd (down from 60th), while Stockholm University rounds off the Swedish entrants in the top 100 at 74th (up from 81st).

READ ALSO: This is officially Sweden's best city for students

A total of 11 Swedish universities made the cut, the highest number of any Nordic nation. Finland and Denmark have five each, Norway three and Iceland one. The University of Copenhagen was the best performer of all Nordic institutions at 30th.

Harvard University placed first in the table, followed by Stanford then Cambridge, and universities from the USA dominate the top 100 in general with 48 appearances.

The ShanghaiRanking Consultancy which publishes the list claims it is the “most trustworthy league table” of universities. Among the six indicators it uses to rank them are the number of alumni and staff winning Nobel Prizes and Fields Medals, the number of highly cited researchers, and the number of articles cited in journals of nature and science.

PARTNER CONTENT
Around the world: the leadership styles of different countries
Url copied to clipboard!