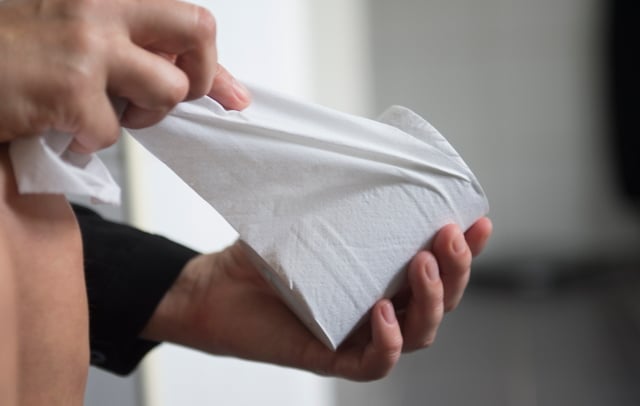 According to the inmates of Salberga high security prison near Västerås, the distribution of toilet rolls at the institution changed last year, and they are now getting less – and of poor quality – toilet paper.

Previously, the prisoners were able to collect their own rolls from the cleaning cupboard, but according to the report they are now only allowed a maximum of two rolls a week per person, reports SVT.

This toilet paper is also “hard, uncomfortable and single-rolled”, write the complainants.

“As a prisoner you have to eat the food that's offered… this in combination with stress, worry and more affects the normal function of the stomach, which in turn can lead to an increased need for visits to the toilet and paper,” they go on to add.

They also claim that when raising the issue a prison officer said they “simply had to poo less”.

This is not the first time Salberga inmates report the prison to the Justice Ombudsman. Last year they complained of under-stimulation, saying they wanted access to more activities that had been promised, including Christmas card making, guitar lessons, painting classes and beadwork.

The facility explained at the time that refurbishments had impacted its range of leisure activities, and the Justice Ombudsman decided on that occasion not to formally criticize Salberga in its response.