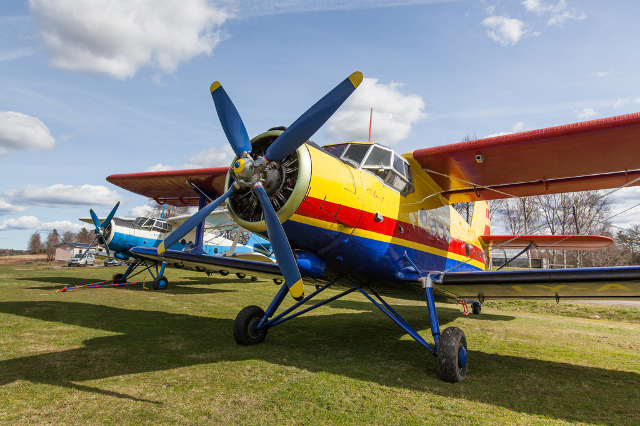 Kjell Brattfors, 72, bought the empty land 25 minutes from Gothenburg in 2002 and has subsequently built a landing strip, house, and two hangars there. He also runs a bed and breakfast on the site. But now, the Swede has decided it's time to give up his life's work and have some free time for a change.

“There was nothing there when I bought it. I flew over the land with a friend one summer and thought that it would be a really nice place for a landing strip. So I contacted the owner, bought the land, then built a house there and a 3km landing strip,” Brattfors explained to The Local. The property is called Kattleberg Airport, but Brattfors said it was built more as a place for his family and fellow enthusiasts to enjoy rather than somewhere designed for busy air traffic:

“I didn't build it to be an airport, I built it for me and my son to begin with – technically it's classified as a private air strip. I'm a bit older now so I thought it was time to move it on.”

On the market for 20 million kronor ($2.45 million), there is even the chance to take over two airplanes, but despite the price the owner said he has had no shortage of offers. Money is not the issue when trying to sell it.

“Finding someone to buy it isn't difficult, but I want it to be bought by someone who will continue its legacy. I don't want it to be destroyed and something else built on it. It's a fantastic place.”

“There aren’t so many people who have met my requirements. The estate agency has become a little bit tired of me maybe. I've said no to flying schools, flying clubs, things like that,” he added.

READ ALSO: This atomic bomb-proof bunker for sale in Sweden is the weirdest property you'll ever see

Amanda Settefelt, the estate agent from agency M2 tasked with selling the unique place, said she understands the owner’s carefulness however:

“It's not just for whoever wants to buy an airport, rather it's about finding the right person for this fantastic item.”

Perhaps unsurprisingly, this is the first airport she has been asked to sell. They aren't a common appearance on the market. While the interest in his passion project grows, Brattfors is determined to stay patient in the hope of finding the ideal buyer.

“I hope it goes to someone who wants to live there, fly a bit. That's my dream scenario. A family maybe that will establish themselves there and befriend the neighbours,” he concluded.