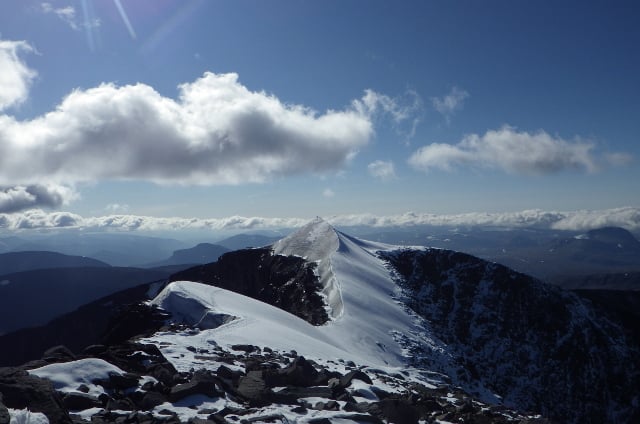 The snow-capped southern peak of Sweden's tallest mountain Kebnekaise has been battling global warming for years. First measured in 1902, it then reached 2,121 metres above sea level – but for the past two decades the melting glacier has caused it to shrink by an average of one metre a year.

Last year's summer left it with only a 30 centimetre edge on its rival, the rocky north peak of the same mountain, when scientists at Tarfala research station measured it at 2,097.1 metres above sea level.

Researchers predicted then (as they have done for the past few years), that the south peak would lose its title the following year, but the Lapland mountain has now proved them wrong yet again.

Last week the Tarfala team measured the peak again and found that it now stands at 2,098.5 metres above sea level, which means it has grown by almost one and a half metre since last September.

“This is encouraging news for us who work here. It is sad to see how it's just melting,” Tarfala mountain station attendant Ninis Rosqvist told Sweden's public broadcaster SVT on Monday.

The unusually snowy spring and cold summer in northern Sweden helped the glacier grow, she explained. Kebnekaise itself enjoyed only one week of summer this year, according to the meteorological definition of the season (when the average temperature stays above 10C for five consecutive days).

But according to the general trend the glacier is set to continue to melt – and the south peak shrink – and it is likely that the north peak will become the highest point in Sweden at some point in the next few years.

“Maybe next year, but that's just a guess. I thought it would happen this year but then when we had so much snow in April I thought, no. But I definitely think in a couple of years,” said Rosqvist.

When Kebnekaise's north peak does overtake, it will make climbing to Sweden's highest point significantly more challenging. It requires experience, a guide and proper climbing equipment.