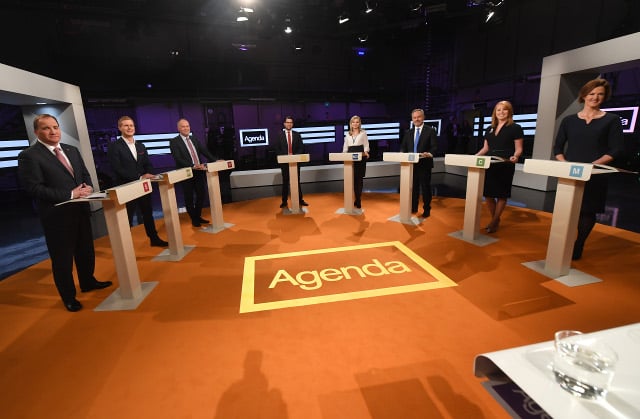 Current PM Stefan Löfven received the greatest backing in the Dagens Nyheter(DN)/Ipsos poll with 24 percent, but the next most popular answer was a generic “someone else” with 20 percent, followed by “don't know” with 19 percent.

The next party leader in terms of popularity was the Centre Party's Annie Lööf with 17 percent, followed by Sweden Democrats leader Jimmie Åkesson with 14 percent.

Perhaps most striking is that Anna Kinberg Batra, leader of the Moderates who are traditionally Sweden's leading opposition party and the biggest rival to the Social Democrats, is only backed by six percent of voters to be next PM.

And the numbers get worse for Kinberg Batra: under a third of her own Moderate voters (30 percent) said they want the Stockholm native to be next PM, and almost as many of them would like to see Lööf take the top job (28 percent).

And the bad news for Kinberg Batra continues when the opinions of centre-right Alliance voters in general are studied: only 17 percent of them want to see her as PM after the election, almost 20 percent less than want to see Lööf in the job (44 percent).

READ ALSO: Why the Centre Party and Sweden Democrats could be key in the next Swedish election

The poll was carried out between August 10th and 21st, taking in the opinions of 998 voters, and the results come on a day where the Moderate leader has faced strong calls from within her own party to go.

The majority of leading Moderate politicians in Stockholm County now want Kinberg Batra to be replaced, according to reports in the Swedish media.