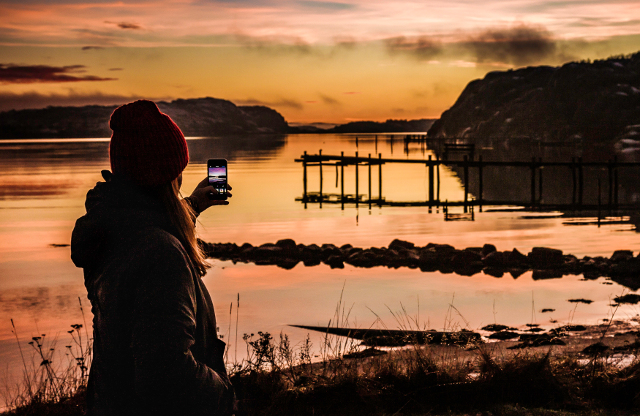 Pollsters Kantar Sifo quizzed more than 2,500 people aged 18-74 in Sweden, on behalf of engineering consultancy group Projektengagemang, about their favourite Swedish beauty spots. These are the results.

Getting here: Waxholmsbolaget runs commuter ferries from Strömkajen in central Stockholm. Get here via the underground's blue line to Kungsträdgården or bus to Karl XII torg or Nationalmuseum. Strömma also organizes tours to the archipelago – they are more expensive but do include options like guided tours or brunch/lunch/dinner cruises. One of the many islands in Stockholm's archipelago. Photo: Henrik Trygg/imagebank.sweden.se

Getting here: Walk from the central station or take the metro (green or red line). Few tourists go to Stockholm without paying a visit to the cobbled streets of the Old Town, but if you want to avoid the crowds and souvenir shops on Västerlånggatan, try instead parallel streets Lilla/Stora Nygatan or Österlånggatan on the eastern side of the island.

Getting here: Public transport works, but if you have a car the area is ideal for a road trip. Höga Kusten, or the High Coast, the coastline of the region of Ångermanland is internationally an underrated tourist spot, but is a Unesco World Heritage site and famous in Sweden for offering some of the country's most beautiful scenery. Getting here: Bohuslän in West Sweden is known for its fishing villages and smooth cliffs down to the sea. There are different ways of getting here – for example Styrsöbolaget's ferries to the southern islands or Färjerederiet to the northern islands. Have a look at Gothenburg's official visitor guide for instructions.

Getting here: Lake Siljan in the picturesque Dalarna region was formed 377 million years ago when a meteorite hit. The biggest towns around the lake are Mora, Orsa, Rättvik and Leksand. It takes around three hours to reach Leksand by train from Stockholm, changing in Borlänge. If you want to visit more than one town it would be more efficient to go by car. Getting here: Fly to Visby or take the ferry from Nynäshamn or Oskarshamn. Gotland is famous for its raukar, or sea stacks. These dramatic rock formations crop up on beaches all around the island, created from when limestone erodes. Jungfrun, the virgin of the north-west coast, is the biggest, while the ones on Fårö are also unmissable. Getting here: Kungsleden, The King's Trail, is the longest hiking trail in Sweden, stretching over 440 kilometres from Abisko to Hemavan, and therefore a staple for trek aficionados. The four sections of the trail each take around one week to complete, so be sure to clear your schedule. Abisko is reachable by train from Stockholm and train and bus from Kiruna. Getting here: Ale Stenar, sometimes referred to as 'Sweden's Stonehenge' is located about ten kilometres south-east of Ystad in southern region Skåne overlooking the sea and fishing village Kåseberga. From Malmö take the train to Ystad, then the bus to Kåseberga. Getting here: Marstrand is situated across two islands off the coast of Bohuslän, one of which is reachable by car from the mainland. Take the bus or ferry from Gothenburg, or the bus from Landvetter Airport. Marstrand grew from a small but wealthy fishing village in the 16th century to a vibrant seaside resort for the rich some hundreds of years later. Even today, tourists pour into the town in summer to admire the Carlsten stone fortress dominating the skyline or to take part in the annual regatta. Keep an eye out for celebrities. Getting here: Take the train or fly to Jönköping airport. Most Swedes know Lake Vättern from roadtrips up and down the country (the E4 motorway overlooks the lake), but it is worth stopping either in Jönköping or the town of Gränna, known for its polkagris tradition (a white and red, peppermint-flavoured Swedish stick candy).

Disagree? You may prefer this ranking instead.