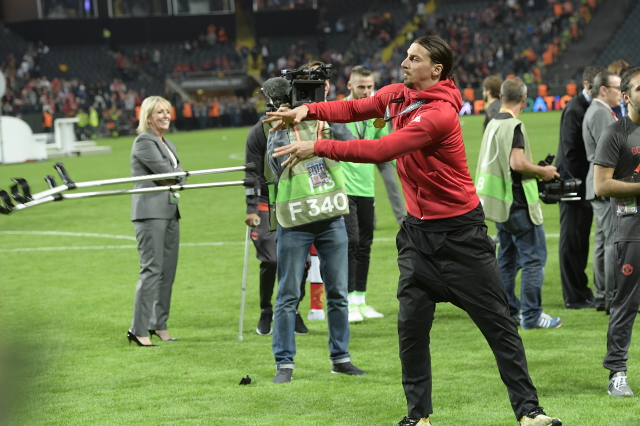 But while the Swedish striker has been busy talking up his return on social media, Mourinho does not expect to be able to call upon him until next year.

“He will not be ready for the group phase of the Champions League. I don't think there is any chance of that,” said Mourinho, whose side face Benfica, Basel and CSKA Moscow in Group A.

“I'm not thinking Zlatan to play any part of the group phase. Hopefully he can play in the knockout phase, but for that we need to finish top two.”

“I don't want to think about it. I don't even ask, speak about it or with the medical team about it.”

“He will be an extra man for us in the second part of the season. When I say second part, we say January after Christmas, when the transfer window re-opens, but I have no idea at all.”

Ibrahimovic, who scored 28 goals in his first Old Trafford campaign, had been linked with a move to Major League Soccer and Mourinho said his desire to rejoin United showed his ambition was fully intact.

“It shows two things for me: it shows me the dimension of the player and the club,” the United manager told reporters at the club's training centre in Carrington, west of Manchester, on Friday.

“The player, it would be very easy for him to say goodbye. He had success at Man United, goodbye. He doesn't do that. He wants to follow his other dreams and play football at the highest level.”

“And a club like Man United in my opinion has to show how big it is in details and this is a big detail of a player that gets injured with the Man United shirt, fighting for Man United.”

“The club has to be there for him and I'm really happy with club and player.”