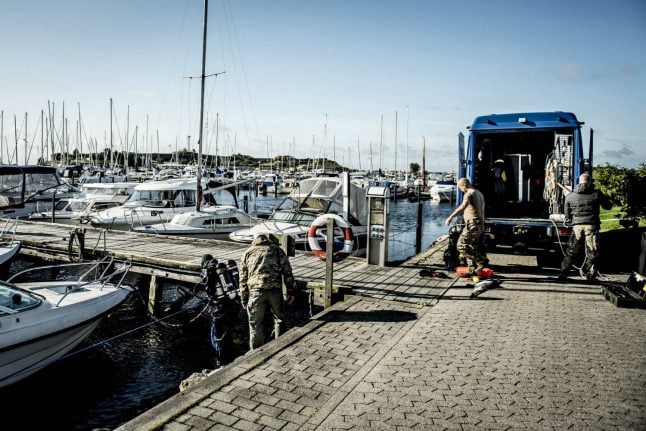 The police prosecution announced via a press statement on Friday morning that the charges against Madsen had been extended after the inventor was re-questioned on Thursday.

He denies both mutilating a corpse and killing Wall, according to the police statement.

No further information was given “in respect of the closed nature of the case and the ongoing investigation”, police wrote.

46-year-old Madsen has been held in custody since August 11th. He was initially detained for 24 days on preliminary manslaughter charges by Copenhagen City Court.

He changed his story the following day, telling Copenhagen City Court on August 12th that he had buried Wall at sea after she died on board due to an “accident”.

READ ALSO: Peter Madsen: What is known about the Danish inventor?

The new explanation was kept behind closed doors by the court until Monday this week.

Wall’s torso was found at the shore on the island of Amager next to Copenhagen on Monday afternoon.

Police later confirmed that the body’s legs, arms and head, which have not yet been found, were removed deliberately.

Lead investigator Jens Møller Jensen said at a press briefing at Copenhagen's Politigården police headquarters on Wednesday morning that it appeared Wall's body had been tampered with to make it sink and that metal had been attached to it, “ostensibly to make sure that it sank to the bottom”.

On Friday morning, police divers were searching the waters at Dragør Harbour, where Madsen was first brought to land after his UC3 Nautilus submarine sank on August 11th.

“When the police investigates a death on land, the route of the accused will normally be tracked by police dogs. Since the accused travelled by sea, police divers are helping to conduct this search,” read the statement.

On Thursday evening, an object found in waters near the Swedish Falsterbro peninsula turned out to be unrelated to the case.

A citizen in Sweden had reported the possible sighting of a body north of Falsterbro, but forensic examination by Swedish police showed the object to have come from a “large animal”, South Sweden police commissioner Mattias Sigfridsson confirmed to TV2 on Thursday evening.

Copenhagen Police have so far been contacted over 650 times by members of the public in connection with the investigation.

“We would like to say thank you for that. At the same time, we would like to apologize for not yet having got back to everyone that has contacted us. We have begun by categorizing the reports, so that we are covered in all areas on an ongoing basis. We will contact all witnesses that have not yet heard from us,” Møller Jensen said in the press statement.

Police added that any potential witnesses who had not yet come forward were still encouraged to do so.