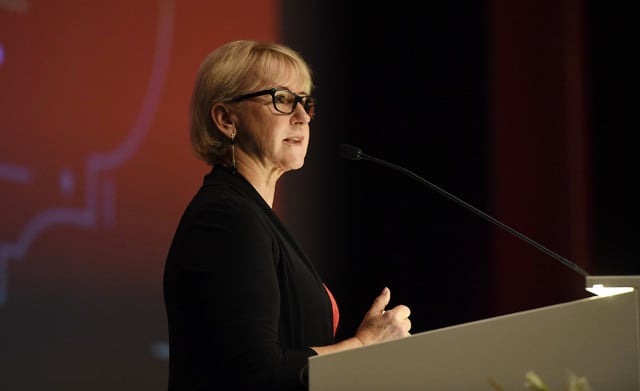 Ali Gharavi, an IT consultant, was detained while attending a July 5 workshop in Istanbul along with several other human rights activists, including Amnesty International's Turkey director.

And Hamza Yalcin, a Swedish-Turkish citizen who writes for a left-wing online magazine, was arrested on August 3rd in Barcelona on a Turkish warrant.

“I and the rest of the (Swedish) government have since a long time made it clear to Turkish leaders about how we see these cases and the worrying developments in Turkey,” Sweden's foreign minister Margot Wallström said in a Facebook post on Thursday.

“We have underlined that the latest events have a direct impact on our and the EU's relationship with Turkey,” she added.

But human rights groups say the detentions aim at silencing political dissent in a crackdown under the state of emergency imposed after last year's coup attempt.

Describing his arrest in Barcelona as a “Kafkaesque nightmare”, Yalcin wrote in the Swedish daily Expressen on Monday: “My world was collapsing. My holiday had turned into a living hell. Why is this happening to me right now?”

Wallström said Sweden would “make it clear” that Interpol arrest warrants could not be misused for “political purposes”.

“It is especially serious in cases that risk affecting freedom of speech,” she added.

The ambassador met with Annika Söder, Wallstrom's state secretary at the foreign ministry on Thursday.