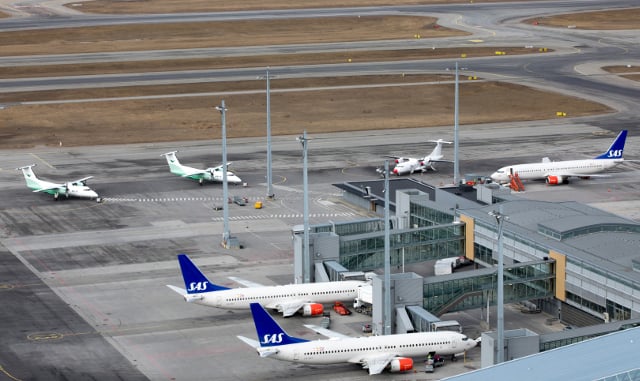 “There has been no prospect of success whatsoever in negotiations over the summer. On the contrary, SAS has repeatedly insisted on its interpretation of the current agreement, to the pilots' disadvantage,” wrote DPF in a letter sent to its members, seen by Check-in.dk.

For DPF, it means that its pilots on short-haul flights in Europe could walk out from September 11th.

A sticking point between the two sides is the pilots' schedules during peak seasons and how to interpret the collective agreement rules for pilots' working conditions, report Danish media.

The strike threat does not include the Swedish pilots' union, which has been involved in negotiations with SAS since the end of March. It did not comment on whether or not it planned to take similar action.

“We are meeting soon for another round of negotiations,” its chairman Martin Lindgren told the TT news agency.

He said the three unions threatening strike make up around two thirds of SAS pilots.

“It is very hard to say exactly how many flights would be affected if a strike really goes ahead, but it is inevitable that it would affect flights here in Sweden. Partly the flights between Stockholm, Copenhagen and Oslo, but it could also have major knock-on effects for all operations,” said Lindgren.

SAS is fifty percent owned by the Danish, Norwegian and Swedish states.