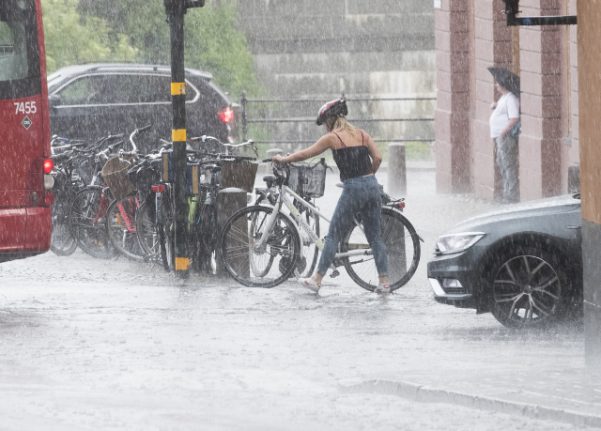 The highest temperature, a meagre 28 degrees Celsius, was registered in Oskarshamn on June 18th and Kalmar on June 19th according to national forecaster SMHI.

The last time the summer high temperature was so bad was 1922, and it hasn't been any worse since 155 years ago in 1862, when even the 28 degree mark wasn't reached.

While parts of central and southern Europe were blasted by a heatwave in early August, and this July was one of the warmest on record across the globe, the exceptional warmth still never quite reached Sweden.

READ ALSO: The first snow of the season just fell in August

In fact, the Nordic nation's warmest day of the year so far wasn't even during the summer: the 30.1 degrees registered in Oskarshamn on May 28th is as good as it has been in 2017. And at the moment, that doesn't look likely to change.

“We can now look at some of the weeks in September, and warmth is not in sight,” SMHI somewhat depressingly informs us on its website.

“Under all circumstances a Swedish summer should be able to perform better than what we witnessed this year,” the forecaster concludes.

READ ALSO: Autumn is here and there is nothing you can do about it