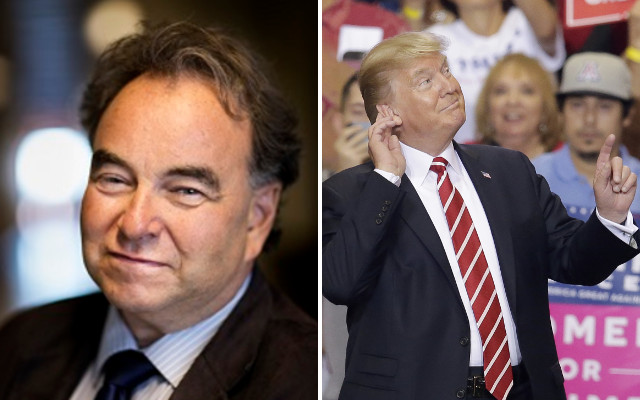 Bo Rothstein (left) resigned from Oxford's Blavatnik School of Government when he discovered its financial backer had made a donation to Trump. Photo: Göteborgs Universitet & Rick Scuteri/AP

Swede Bo Rothstein became Professor of Government and Public Policy at Oxford's Blavatnik School of Government in 2015, a school funded by Ukraine-born British-American billionaire Leonard Blavatnik with the goal of improving the quality of government across the globe.

The political scientist resigned on Monday however after discovering that Blavatnik had made a $1 million donation to Trump's Inaugural Committee, someone Rothstein describes as “a danger to quality of government and health of democracy”.

“It put me in an ethically and normatively impossible situation for both my research and teaching. My research, based on substantial empirical work, shows that the quality of government is probably the most important factor when it comes to improving well-being,” Rothstein told The Local.

“The Trump administration promotes exactly the opposite of the ethical values, norms and policies that I in my research and therefore my teaching have come to define as quality of government.”

Rothstein insisted he was not trying to turn his resignation into a political campaign but simply telling the truth about his “personal and professional situation being made impossible”.

“If you donate to a school with the vision of 'a world better governed', you don't have to be Einstein to understand that a lot of people will think it's strange to at the same time donate money to the Trump administration.”

“There are three things historically you can show are dangerous for a democracy's well-being: one is political leaders who do not take a clear stand against against political violence. With both Charlottesville and earlier Trump was not clear on that point,” he explained.

Rothstein, who co-founded the University of Gothenburg's Quality of Government Institute in 2004, stressed that his decision had nothing to do with traditional Republican party politics, but was because “from what I can see (Trump) is a danger to what I've come to define as the quality of government and health of a democracy”.

“There's no way I could stand in front of students or colleagues and defend continuing to have a named chair as the Blavatnik Chair of Government and Public Policy. I am, whether I want it or not, giving credibility and legitimacy to a person who is supporting something that's 100 percent opposed to what I try to teach my students and try to convince my colleagues. So I'm in a situation where I have no choice.”

After communicating his decision to Oxford University on Monday morning, the Swede said he had not yet heard anything back from them in an official capacity, but that the few colleagues he told had “sent kind words”.

“They understand it would have been different if I didn't have a named chair or was doing just ordinary research. I’d have no answer if students asked me 'how come you say these things are extremely important, but you're supported by a person who has given credit and legitimacy to a person who supports exactly the opposite?'.”

“Trump has no respect for facts or the rule of law, he stands up for a type of politics known from highly corrupt countries for example in Africa, known as 'big man' politics. President Obama, when he toured Africa, said Africa’s need is not stronger leaders, but stronger institutions. What is now happening in the United States can be seen as a kind of Africanization of American politics,” he concluded.

The analyst now returns to the University of Gothenburg where he will continue his research and teaching in the department of political science.

A statement sent by Blavatnik's spokesperson to The Local on Tuesday emphasized that the donation was to the Presidential Inaugural Committee:

“Neither Mr. Blavatnik nor his company, Access Industries, have ever donated to President Trump or his campaign. Access Industries made a donation to the Presidential Inaugural Committee, a joint Congressional committee that has been responsible for organizing the inauguration ceremonies of every U.S. president since 1901 and which helps to organize public and private events during the week leading up to the Inauguration. The types of events that the Presidential Inaugural Committee plans and supports include public concerts, fireworks, lunches, dinners, the inauguration ceremony, and the inaugural parade”.