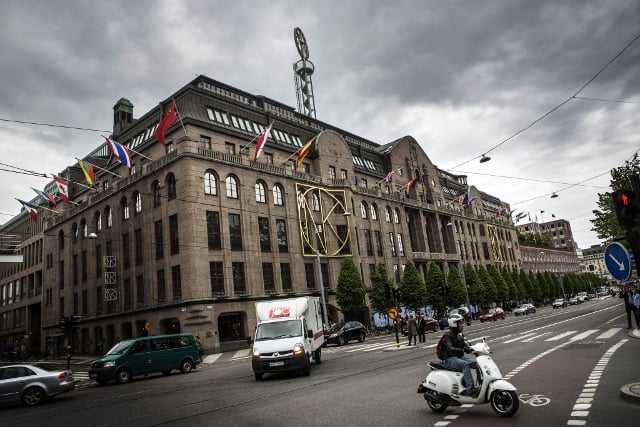 The group – around three to four people according to witnesses – rammed a large silver-coloured car into the main entrance of the high-end shopping centre shortly after 3am, reports Aftonbladet.

They then made their getaway in the car before police reached the scene.

It was not immediately known what, if anything, they took from the store, but police told the Aftonbladet tabloid that witnesses had seen them carrying what appeared to be stolen goods to their car.

Officers scoured the scene for clues, but no arrests had been made by 7.45am.

The grandmother of all Stockholm department stores, the striking NK building on Hamngatan opened in 1915 and is frequently visited by celebrities and the Swedish royal family.

Most of the major international designers are represented in NK, including big Swedish names such as Acne, Filippa K, J Lindeberg and Tiger of Sweden.