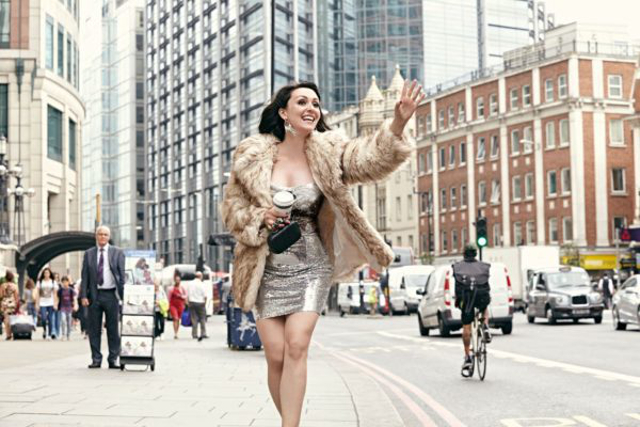 This year marks the 70th anniversary of the Edinburgh Festival Fringe, the world’s largest arts festival and an inspiration for other festivals around the world. In true fringe spirit, festivals in Bergen, Gothenburg, Reykjavik*, and Stockholm came together to launch the Nordic Fringe Network, a new platform for international artists to reach Nordic audiences. In such a special year to celebrate performance art, we’re excited to see so many great acts coming to Sweden. Here are some of our favourites:

*Note: Unfortunately, the launch of Reykjavik Fringe Festival had to be postponed to 2018.

Do you speak emoji? Dan Simpson does, and this year the poet comes to Gothenburg armed with his smart and witty humour, and a selfie stick. A seasoned performer, he brings spoken word to a range of audiences, working in schools, running creative writing workshops, and collaborating with scientists in projects that fuse poetry and science. Artificial Ineloquence is an engaging and contemporary stand-up poetry show which focuses on the screens and machines that rule our lives, the rise of robots, and the inevitable A.I. takeover of the world.

Scottish comedian Chris Henry is a man on a twisting mission. His show Balloonatics has been a massive hit back in the UK, with sold-out performances at the Edinburgh Festival Fringe. It was the runner-up for the Children’s Event Award at Perth Fringe World 2017, and is guaranteed fun for children and adults alike. Irish performer Amanda Doherty’s solo show, subtitled “The Bodyless Woman”, explores the theme of Magdalene Laundries in Ireland, religious institutions supported by the government where “fallen women” were imprisoned and confined against their will. It questions issues of bodily autonomy and governments’ ownership of the female body. Hear Much/Say Little came to Sweden for Stockholm Fringe 2016 as a work-in-progress showing and was nominated for the festival’s “Expect the Unexpected” Award. Her previous solo work ‘Inheritance’ was nominated for several international awards, and won the “Festival Spirit” Award at Stockholm Fringe 2015. Originally from Derry, Doherty has trained in London and New York and has been considered one of Ireland’s foremost young actors. My First Ten Sexual Failures and Other Stories About Growing Up

Andy Silverwood is a British actor and comedian who has travelled the world with his solo performance about sex, relationships, coffee, and all other things people are expected to have when they grow up. Silverwood has come to Sweden before, and took home the “Expect the Unexpected” Award at Stockholm Fringe 2014 for ‘Fragility’, his partnership with James Grice. My First Ten Sexual Failures was voted the number one act to see at Barnstaple Fringe TheatreFest 2016 and has had sold out showings at Fringe festivals in Stockholm, Prague, Perth, and Adelaide.

Quaestio is the latest and last work of renowned choreographer Thomas Michael Voss, who passed away in March shortly after the show’s premiere at Resolution 2017, the UK’s biggest festival for new dance. It explores disability, masculinity, and bullying, themes personal to Voss, who grew up in a football-fanatic family. Voss’ main inspiration in creating the show, however, was meeting comedian Joshua Robertson, who survived an accident at age 11 and has lived with brain injuries since. In dance, Robertson puts aside his jokes to explore issues of disability in movement and body language. He is joined by four professional dancers, a soprano, a violinist, a pianist, and 18-year-old harpist Hero Douglas, who also composed the original score. Gothenburg is the first international performance of the show. Therese Sandin, Josefin Johansson and Pernilla Hammargren don't have much more than three things in common: they are women, Swedish, and comedians. Seasoned performers with experience abroad, they have individual performances in Swedish throughout the festival, and come together for a 60-minute stand-up showcase in English on September 9th. This performance explores themes of political struggle, taking inspiration from activist Assata Shakur, a prominent female member of the Black Panthers and the Black Liberation Army. The title is part of a famous quote from her autobiography, which reads: “Black revolutionaries do not drop from the moon. We are created by our conditions. Shaped by our oppression.” Architect and dancer Sofia Kondylia performs a theatrical synopsis of her “Architecture+Dance” research into the coupling of the two arts in the creative process. In this interactive lecture performance, she explores the creation of spaces through bodies’ movement. i (to be defined)

Benno Steinegger spent two years interviewing a wide range of people, from his physician to a shaman to his mother, asking them to describe him. The results led him on a journey of self-discovery and reconstruction of his own identity. In this performance, the artist questions the boundaries of his identity, and explores the possibility of deep personal transformation. I will not tell you our love story (it will die with us, as it should)

This performance will only happen once. It revolves around a love story that lived and died. As the exchanged messages filled up the mobile’s memory space, they were gradually deleted. First, the “okays” and “see you at homes”, then the ones about daily life. Finally, the undeletable messages of love and sex, the remains, will be read aloud and permanently deleted during the performance. In this video installation, Tehran-based  Zahra Zavareh explores Iranian mythology and poetry to tell a tale of love refugees in battle against nationalism. The story is told through the legend of Rustam, immortalized by Persian poet Ferdowsi in his Epic of Kings Shahnameh. Love and then Lighthouses

Originally created as part of It’s All in Your Head, a project exploring the theme of mental health, Love and then Lighthouses follows Sheena as she tells the tale of a little boat thrown off course by a storm. A show about how to survive teen angst, and make it through the pitch black night. Maria Shehata is an award-winning Egyptian-American comedian, who moved to London from LA for no other reason than love. The move – and all that ensued – are the inspiration for this critically-acclaimed show. For more acts in English, Swedish and other languages, have a look here and here.