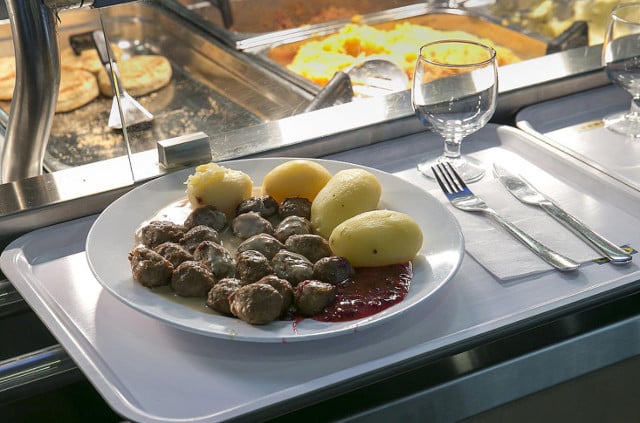 Arguably just as well-known as the flat-pack furniture itself, Ikea's version of Swedish meatballs is so popular that the company is even considering launching standalone restaurants in the future. But when the Swedish brand opens its first Indian store in Hyderabad in 2018, it will be without the signature dish.

“There are some cultural sensitivities in different places. India’s a big country, and in every part there are different sensitivities, so to respect that and make it more universal in its appeal we won’t have pork and beef in our meatballs.”

Cows are considered holy by India's Hindu population, while pork is not a popular meat in the country. There will however be plenty of other Swedish dishes available in the Indian stores, and special alternatives to the meatballs are also planned.

“It doesn't mean we won’t have Swedish food. Salmon is very popular, we’ll have lingonberry jam and whatever is possible to bring here. It'll be a 50 percent vegetarian menu, because a lot of people in India are vegetarian,” Moirangthem explained.

“We will replace beef and pork with chicken meatballs. We’ll also have a special vegetarian ball, both will be locally sourced from Indian suppliers but keeping in mind the Swedish recipe.”

One of the most popular brands in Sweden and with 400 locations worldwide, it is hard to imagine Ikea passing under the radar, but in India where it is new on the scene, there is a lot of work to do to try and get locals interested.

“It's a new brand for India. We've been working on building awareness for three years. Awareness among customers is low, because you don’t have a store here, though people who travelled abroad or have relatives abroad are aware. When the store opens it’ll be a different picture, but for now, yes, it’s a new market,” the Ikea India PR manager noted.

READ ALSO: Multiculturalism in Sweden, from an Indian's perspective