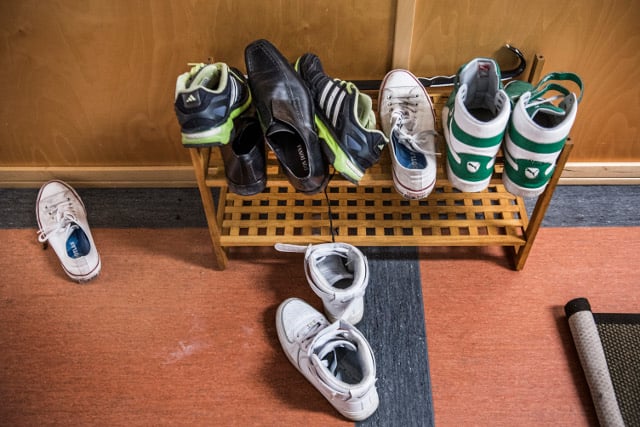 File photo of a residential home for youngsters in Sweden. Photo: Tomas Oneborg/SvD/TT

Mehrdad Darvishpour from Mälardalen University College is in charge of leading the ongoing integration research project “Refugee children's inclusion and gender equality development within society”, which involves discussions with refugee youngsters between the ages of 15 and 18 living in Sörmland and Västmanland.

He argues that Swedish media portrayals of the group are disproportionately negative in their focus.

“In general they only produce stories saying it's a problematic group who are a social burden, that the kids can't adapt to social norms and the culture, or even that they are harassing girls and even are a threat in that regard. It's all a negative image,” Darvishpour told The Local.

“But through my research I've found that they're mostly very prosperous when it comes to school for example, and that'll be seen in the labour market, compared to kids who came with their parent. So actually, they should be taken as a participant, a resource. Some of them do have traumatic experiences of course – but that traumatic experience can lead to a resiliency in them, so that they end up doing better for themselves,” he added.

One of the areas the project investigates is whether there are any differences in integration success between youngsters who came to Sweden with their families and those who came alone and live in HVB homes, Swedish residential homes for young people. The study has involved extensive interviews with both the youngsters and adults who interact with them.

“These kids who came on their own are quickly interacting with Swedish society through their HVB homes. And they don’t have family with them to limit who they form relationships with for example,” he explained.

“Virtually all of them end up competent in the Swedish language. Most of the interviews we did were in Swedish, yet they didn’t even have a residence permit yet. It showed just how keen they are to learn the language, their desire to become a part of society is huge and they're very grateful. This group has an easier time of changing their culture, an easier time of adapting, so that’s why we shouldn’t see them as a problematic group in our discourse. Just giving a negative image of them doesn’t help.”

Darvishpour conceded that not all media are equally negative in their portrayal of the group, but argued that there is a dominant negative discourse in Sweden at the moment.