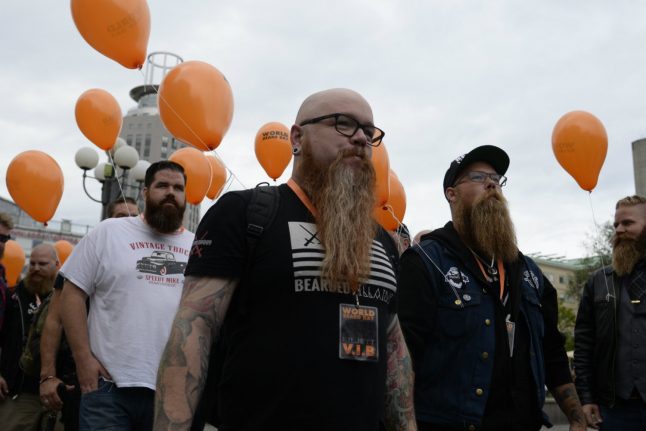 Thousands of beards and barbers will gather for a parade in Stockholm as hirsuteness is hailed on World Beard Day.

This year’s event will for the first time include a ‘Battle of the Barbers’, with four of the country’s leading barbers competing in a beard trimming contest.

The winner will be chosen by an international jury.

Prizes will also be awarded in the “Best Styled Beard” category, in which length, texture, colour, thickness and styling of facial hair will all be taken into account.

A big, long beard alone is not enough – style is also necessary to take the title of Sweden’s best beard.

“When it comes to beards, you can barely call it a trend anymore, beards are considered as normal as hair [on the head] for men,” barber Håkan Ström, who has worked in the beard business for 35 years, told TT.

One difference with beards of years gone by is the increased use of beard oils and beard wax, with the associated cost of keeping a beard in smart condition and making sure it is soft, sensitive and controllable.

Trends in beard styles have already changed from the explosive, large beards sported by hipsters just a handful of years ago, according to Ström.

“Long, large beards are generally still well-regarded. The bushy beards of ten years ago are not really seen now,” he told TT.

“One trend is that beards have begun to get a little smaller in volume again. More full-bodied, classic full beards, particularly for those that have reached middle age,” he added.

The barber added that longer, ‘spade-shaped’ hipster beards were still welcome at the event.