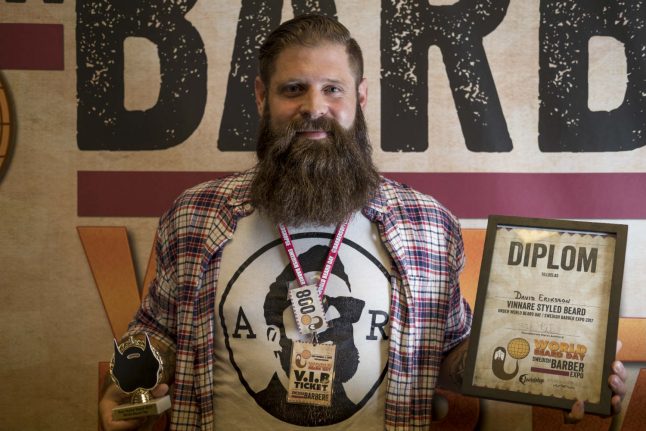 The triumphant beard belongs to hirsute Swede David Eriksson from Sundbyberg, who won by a whisker at the annual event.

Eriksson is no fashion victim who has jumped on the beard bandwagon of recent years, having reportedly sported his luscious facial hair for two decades.

“But it’s only in the last five or ten years that I started becoming interested in beards and beardcare. Now I go to the barber’s about once a month,” he told TT.

And it was visit to the barber’s that provided the launchpad for Eriksson’s first ever beard championship bid – which ended in the best possible result.

In a new category, the “Barber’s Battle”, Cari Forsgren of Stockholm took home the prize awarded to best beard trimmer. Forsgren is reported to have learned her trade in the Cuban capital Havana.

“I think all beards are fun, and it’s great to trim beards. It’s the best thing there is,” she said.