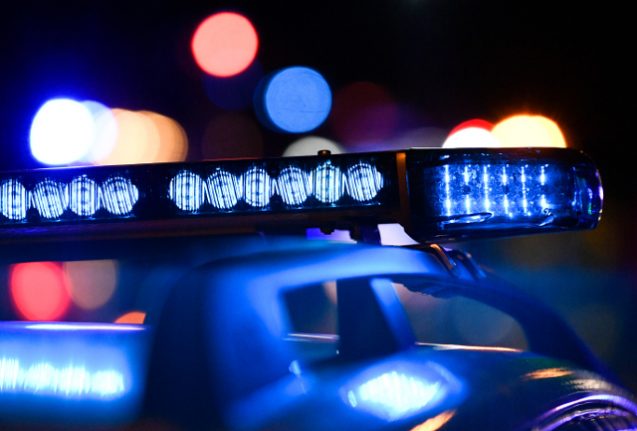 Police were called out to stop and check a vehicle travelling south on the E4 motorway through Jönköping in southern Sweden at around 2am, after the driver's relatives had expressed concern for the man.

The man, who is born in 1989 and lives elsewhere in Sweden, was taken to hospital in Jönköping. The extent of his injuries is not known, but according to the police report he was conscious.

His weapon turned out to be a hunting rifle on further examination, police confirmed in an update published online. It has been taken to the national forensic centre in Linköping.

The man was not suspected of a criminal offence at the time of being pulled over, reports TT. He is however now suspected of threatening a public servant as well as drink driving.