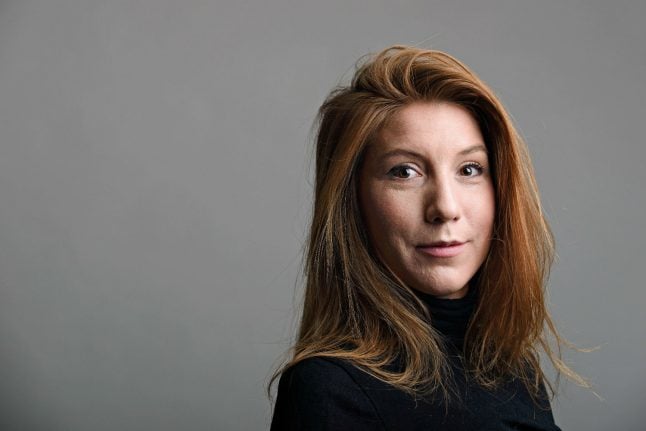 Kim Wall. Photo: Tom Wall
Wall, a 30-year-old journalist who was based in New York and China, was killed on August 10th while aboard the homemade submarine of Danish amateur inventor Peter Madsen. Her work had been published in The Guardian, The New York Times, Vice and many others as she made a name for herself in what she called “the male-dominated world of foreign policy” reporting.
Wall’s family and friends on Friday launched a fundraising campaign that features a documentary about the Trelleborg native’s short life and writing career.
The fundraiser’s organizers said that they hope to raise $100,000 to establish the Kim Wall Memorial Fund to support “a young female reporter to cover subculture”, which her friends said Wall often referred to as “the undercurrents of rebellion.”
As of Saturday, some $14,000 had been donated toward the goal and the campaign video had been viewed well over 200,000 times on Facebook.
“The funds collected here will be directed to the International Women’s Media Foundation, a steadfast ally to women journalists, who have agreed to support and administer this grant,” organizers wrote on their gofundme page. “Kim would have wanted more women to be out in the world, brushing up against life. We are asking for your help in realizing her vision of this braver, lovelier world.”
Madsen, 46, has been charged with killing Wall and mutilating her body in an incident that has attracted widespread global attention.
Wall's torso was found floating in Køge Bay off Copenhagen on August 21st, ten days after she went missing while interviewing Madsen aboard his homemade submarine for a feature story.
After the 30-year-old failed to return home following her interview with Madsen on August 10th, her boyfriend reported her as missing on August 11th. That same day, Madsen was rescued from waters between Denmark and Sweden shortly before his submarine sank. Investigators recovered and searched the vessel, which they believe he sank intentionally.
Police said that Wall's legs, arms and head, which have not yet been found, were removed deliberately, and that the body had been tampered with to make it sink. Wall's blood was found inside the submarine.
Madsen claimed on Tuesday that she died when a 70-kilogram hatch door fell on her head, and in a panic he threw her overboard. He insisted her body was intact at the time.
A Danish court this week rejected Madsen’s bid to be released from custody.
READ MORE: The Local's coverage of the Danish submarine case