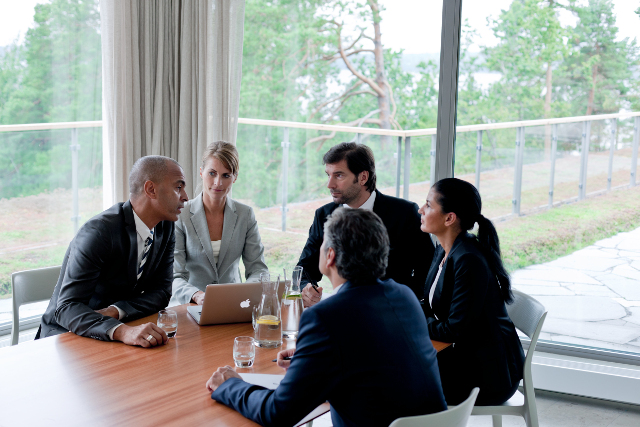 According to the report, the slow progress means companies listed on the Swedish stock market won’t be gender equal until 2039. Photo: Henrik Trygg/imagebank.sweden.se

“This is the sixth time we do this report and it's the most worrying results we've seen. We'd hoped for more progress,” AllBright CEO Amanda Lundeteg said of the results which show that only one in five people in management positions at Swedish companies listed on the Swedish stock market is a woman.

AllBright, which promotes equality and diversity in senior positions in the business sector, said that compared to last year, the improvement was only very marginal, with women now representing 21 percent, from last year's 22 percent. “It's not worth noting as progress,” the group said in its report.

“Men are in other words still over-represented in the Swedish business sector.”

When it comes to CEO positions, the results are even worse, with women representing only six percent, or 17 out of Sweden's 289 CEOs.

There were some positive signs of development in this year's report, however, with newly listed companies tending to be more gender-equal than the average with 25 percent of the management teams being women.

“They pull up the average for gender equality overall and gives us hope of a more gender-equal stock market earlier than predicted.”

Swedish company boards also did fairly well, where 33 percent of board members in listed companies are now women.

“The boards are outclassing the management teams,” Lundeteg said.

“For the first time since AllBright's start, almost half of the companies with gender-equal management teams have gender-equal boards.”

The report shows that women in management positions also tend to recruit more women than their male counterparts.

According to the report, which also looked at diversity in general, people of foreign origin represented just 11 percent of management members in listed companies “which should be compared with 26 percent of the working age Swedish population having a foreign background”.