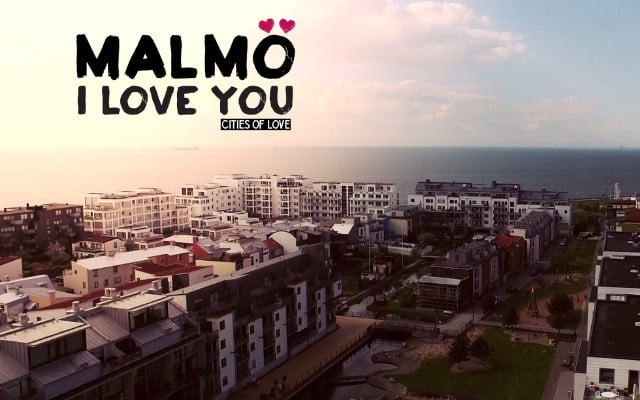 Malmö is the stage for a follow-up to 'New York, I Love You' and 'Paris, je t'aime'. Photo: Cities of Love Scandinavia

“Malmö, I Love You” is the latest instalment of French producer Emmanuel Benbihy's “Cities of Love” franchise, which also includes “Rio, Eu Te Amo”. The previous films have featured the likes of Bradley Cooper, Orlando Bloom and Natalie Portman in starring roles, with segments directed by the Coen brothers, Gus Van Sant and Wes Craven to name a few.

The Malmö edition will also involve international talent, the producers told The Local.

“The concept of the films is ten short movies, by ten directors in ten different parts of the city. An 11th director then makes a start and end, and a transition that brings the parts together. We are aiming to get a mix of the best international directors and actors in combination with established people from Sweden and maybe someone early in their career,” Cities of Love Scandinavia president David Carlson revealed.

Compared to metropolises like Paris, New York and Rio, a small city of 340,000 in southern Sweden isn't an obvious choice of location, but Malmö's international make-up was it's big selling point for storytellers:

“Malmö is of course much smaller than the previous cities, but it's very special as it's a very international city with inhabitants from 177 different countries. It's quite unique. That gives the city a certain dynamic which we will use in the coming film. We say that Malmö is a small city with big feelings.”

The project is not limited to the production of the main film, but will also involve 30 months of other work before its 2020 release. That will include events and initiatives for Malmö residents, businesses and organizations, as well as the production of two other shorter films.

“We will also produce different kinds of media, a short documentary series called 'Obesjungna hjältar' (Unsung heroes), as well as another format 'Människor i Malmö' (People of Malmö). All of the activities and stories will be used as inspiration for the directors and script writers when they create the film,” Carlson explained.

Aside from Cities of Love creator Benbihy, the first person to sign up to work on the film is Oscar-shortlisted and European Film Academy Award-winning producer Helena Danielsson, who is best known for her work on Noomi Rapace drama Beyond.