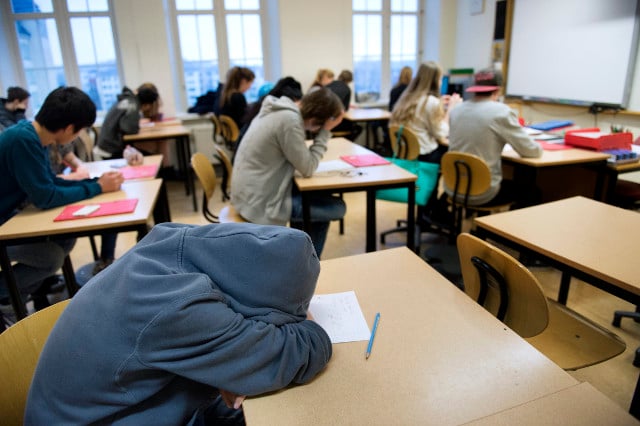 It's argued that the school day for teens in Sweden, which usually starts at around 8am, is adapted according to an adult's sleep requirements rather than that of students, who require up to nine hours sleep.

“Teenagers have a greater need to sleep longer as their daily biological rhythm can sometimes be offset by as much as three hours. So in other words, they don't fall asleep at 10pm even if they go and lie down then, but rather not before midnight or later, which means they have to sleep longer in the morning in order to not suffer from a chronic lack of sleep and have their entire day ruined,” Hans Teke, a doctoral student in educational sciences at Lund University told The Local.

He is one of several experts pushing for the change, along with professors in sleep sciences and psychology from Swedish universities. Teke points to evidence from an American study which showed that the school performance and health of students improved with a later start and increased sleep:

“One of the best known studies was done by the University of Minnesota in 2014 and involved 9,000 pupils. It showed that high school kids who were allowed to sleep 50 minutes longer had better attendance and grades, were more energetic, healthier, and started to reduce their caffeine intake”.

It's now time for a broad attempt by Swedish schools to adapt their schedules, he argues, and 50 minutes is not enough.

“To have a real effect they have to be allowed to sleep at least an hour and a half longer, so in other words they should be allowed to start school at 9.30 at the earliest. If that’s not possible or viable, then the first class should at least be pushed to 9am,” Teke explained.

A few schools in Sweden have already trialled the change, with one example being Smedhagsskolan in Hässelby, Stockholm, where classes now start at 9am. According to the head teacher, 40 percent more pupils achieved the grades required to progress to university as a result.