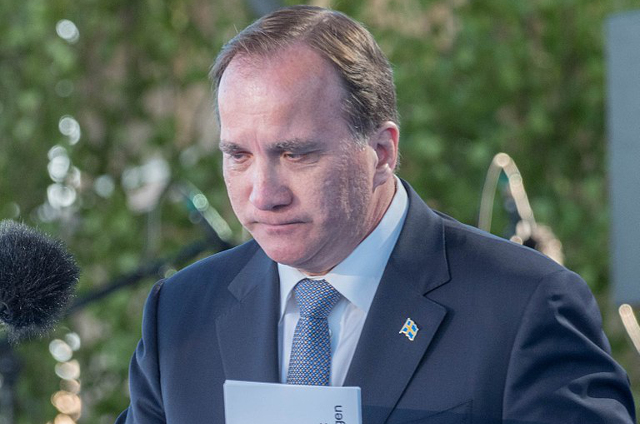 On September 9th, 2018 – almost exactly one year from now – Swedes will head to the polls for the next parliamentary election. There, they will elect 349 members to Sweden’s parliament, the Riksdag, as well as officials that will populate local and county councils across the country.

And it’s been a rocky road in Swedish politics since the last general election in 2014, which produced a Social Democrat-led minority government and a not always unified centre-right opposition. The Sweden Democrats are currently the third largest party in the Riksdag, but it has not always been the case. The nationalist anti-immigration party has surged in the polls, coming from 0 seats in 2006 to 20 in 2010 and 49 in 2014, when it received 12.9 percent of the votes.

Despite having lost two of its members since the election, the party remains the third largest, and is able to shift the balance of power between the governing coalition and the centre-right opposition.

This new political landscape let to a major political crisis shortly after the election in 2014, when the Riksdag failed to approve the government-proposed budget. On the eve of the December 3rd vote, the Sweden Democrats announced they would vote for the opposition budget proposal, prompting Prime Minister Stefan Löfven to declare he’d call a snap election to be held in March 2015.

The Swedish constitution, however, does not allow for snap elections to be called during the first three months of a formed government, which meant the snap election could not be officially called until December 29th.

In the end, however, the snap election never happened, as on December 27th the government reached an agreement with the Alliance parties. The ‘December Agreement’, or Decemberöverenskommelsen, allowed a minority coalition to govern without the need to form a formal parliamentary majority. Despite being dubbed undemocratic by many, the agreement kept the Social Democratic-Green coalition government afloat, albeit in a weakened position.

Flirting with the Sweden Democrats

In November 2015, when asylum seeker arrivals were at record-high levels, the government announced a U-turn from its previously open asylum policy: Sweden would impose border checks and reduce the number of refugees accepted to the EU-minimum. At the time, then-Moderate leader Anna Kinberg Batra stated the restrictions were not enough, pointing to the strains on the Swedish welfare system.

Many analysts argued this tougher stance on immigration was seen as a way for the Moderates to regain support lost to the Sweden Democrats. Ever since the Sweden Democrats entered the Riksdag in 2010, the main political parties have refused to engage or negotiate with the party, which has roots in Nazi and neo-Nazi movements.

That changed, however, in January 2017 when Anna Kinberg Batra announced her party would no longer isolate the Sweden Democrats. But the move backfired – not only causing a rift among the Alliance parties that further weakened the coalition, but also prompting tough criticism of Kinberg Batra.

Kinberg Batra faced isolated calls for resignation, as it became clear the Moderate Party was haemorrhaging support. The next day she announced a reshuffle and replaced the party’s spokesperson on legal affairs.

IT scandal and its aftermath

The Social Democrat-led government barely had time to revel in the Moderates struggles before it was hit with a major scandal of its own: it surfaced that subcontracted IT workers from other countries who lacked proper security clearance had been able to access confidential Swedish data.

It all began when the Swedish Transport Agency (Transportstyrelsen) outsourced its IT systems to IBM in April 2015, deciding to bypass standard security rules due to time constraints. As a result, IT workers in the Czech Republic and Serbia were given access to confidential police databases and a register containing information about all of Sweden’s military vehicles.

They were also able to monitor traffic between Transport Agency and 34 other government agencies via the Swedish Government Secure Intranet (SGSI). It was also revealed that the Swedish Security Police (Säpo) had looked into the matter as early as 2015. In light of the revelations, the opposition announced a no-confidence motion against three government ministers: Defence Minister Peter Hultqvist, Interior Minister Anders Ygeman and Infrastructure Minister Anna Johansson. The next day, Löfven announced that Ygeman and Johansson would leave their posts, but Hultqvist would not be replaced as he was not responsible for the authority where the shortcomings occurred.

Moderates look for a new leader

While Löfven and his government worked to manage the crisis, it did little to boost the popularity of Kinberg Batra: a poll published in August showed Löfven 24 percent of Swedes wanted Löfven as their prime minister compared with only 6 percent supporting the Moderate leader – and 14 percent for Sweden Democrat leader Jimmie Åkesson.

The shocking results led to fresh calls for Kinberg Batra’s resignation, and on August 25th she finally stepped down, with the Moderates set to choose a new leader on October 1st.

The departure of Kinberg Batra added to growing uncertainty about the future of the opposition Alliance. Not only had she been the de facto leader of the four-party coalition, but the Alliance parties find themselves taking divergent positions on a range of issues.

These growing divisions were expressed starkly on September 14th when two of the four parties – the Liberals and the Centre Party – failed to support a no-confidence motion against defence minister Hultqvist.

So that’s where things stand at the moment. And if developments continue apace, who knows how things will look come September 2018. At this point, it’s anyone’s guess.