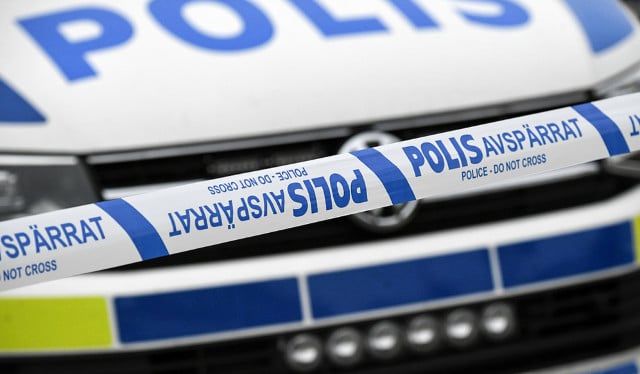 File photo not related to the story. Photo: Jonas Ekströmmer/TT

The alarm was raised at 23.30 on Monday after residents in the Biksopsgården neighbourhood heard a loud bang.

“Someone has attempted to throw an object into an apartment, but only the outer window broke. We don’t know what it was that made the bang,” Göran Carlbom from the western branch of Sweden’s police told news agency TT.

“We still can’t say for certain what exploded, it’s being analyzed. Bomb technicians are at the scene,” he added early on Tuesday morning.

Police did not want to say if there was a known threat against people in the building. A teenager was in the apartment when the explosion happened, but did not suffer any injuries.

Biskopsgården is one of the areas labelled “vulnerable” by Sweden’s police due to high crime rates and poverty levels. There have been previous instances of attacks with explosives like grenades in the Gothenburg suburb in recent years.

In August 2016, an eight-year-old boy from the UK was killed when a hand grenade was thrown through the window of an apartment in the neighbourhood. Warring gangs in the suburb have created a “cycle of violence”, a criminology professor told The Local.