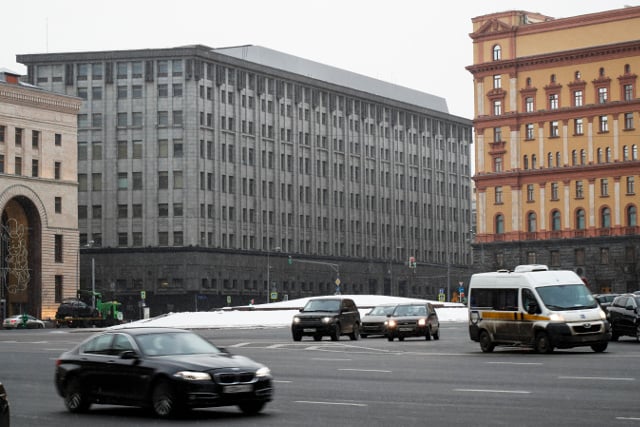 Wallenberg used his diplomatic powers to help thousands of Jews flee Nazi controlled Hungary during World War II and has been compared to Germany's Oskar Schindler.

After the Soviets entered Budapest just before the end of the war, Wallenberg was detained and jailed in the notorious headquarters of the secret police in Moscow, where he is believed to have died.

A legal case was launched by Wallenberg's niece Marie Dupuy in July against the FSB – the successor of the Soviet-era KGB and NKVD spy agencies –  to force it to drop its refusal to release the full archive on the diplomat.

It was the latest step in the family's decades-long battle against Moscow to find out the truth about what happened to Wallenberg.

But after a one-day hearing in Moscow a judge at the Meshchansky district court ruled in favour of FSB and decided to reject the plea to release the full archives.

“The historical significance of Raoul Wallenberg gives us the right to know the truth, whatever it is. And sooner or later we will get hold of the truth,” he said.

READ ALSO: Why I decided to sue the Russian FSB in a quest for the truth about Wallenberg

The USSR in 1957 made public a document saying Wallenberg died of heart failure in the Lubyanka prison in July 1947, but his family refused to accept the official version.

In 2000, the head of a Russian investigative commission said Wallenberg had been shot and killed by the secret police, but gave no specific details.

An FSB representative argued in court that the family's demands should be rejected in part because it said the archive documents include details about the “personal life” of other prisoners of the secret police in Moscow.

Unless the lawyers obtain consent from all the descendants of those named, the unexpurgated documents from 1947 can only be made available in 2022 after an official 75-year waiting period has passed, the FSB said, arguing that Wallenberg’s family “can wait for these deadlines”.

FSB representative Sergei Churikov admitted that the papers have been censored with inked-out mentions of Wallenberg and some sections cut or torn out.

“Someone took measures to hide information,” the FSB colonel said.

The family particularly wanted to gain access to lists of prisoners held in the secret police headquarters as well as transcripts of interrogations and information on prisoner transfers.

They specifically hoped to find out if Wallenberg was “Prisoner number 7”, who according to records was interrogated on July 23, 1947 — six days after Wallenberg supposedly died.

The family learned of the mysterious inmate from two historians who said they had been told by FSB archivists the prisoner was likely Wallenberg.

The FSB representative said the security service could not release documents on “Prisoner number 7” to Wallenberg's descendants since it was not clear whether they were related. He dismissed speculation that the prisoner was Wallenberg as a “hypothesis” by historians.

Sweden only officially declared Wallenberg dead in 2016, but his body has never been returned to his family.