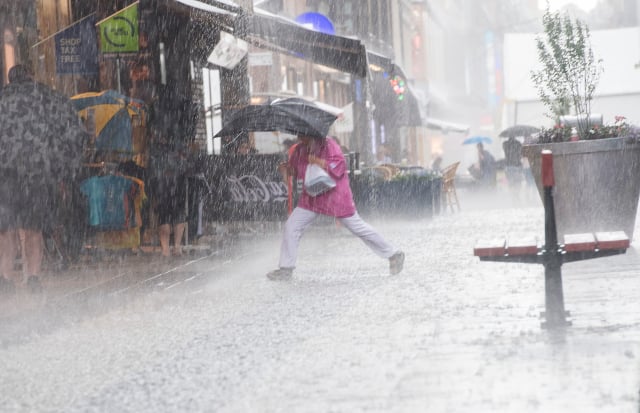 This was Stockholm on June 15th. Photo: Fredrik Sandberg/TT

According to national weather agency SMHI, the autumn season has crept as far south as central Sweden (it's officially autumn when temperatures stay below 10C for five days). You can track its progress here.

But this coming weekend the mercury could climb to 20C in parts of the country.

“It is possible the clouds will clear in south-eastern Sweden, and if it is sunny the temperatures on the Baltic Sea coast could rise to 20C,” read SMHI's Sunday forecast on Thursday morning.

“At the start of next week the high pressure will grow stronger across the country and the weather will get somewhat warmer.”

The wet September has not been altogether bad: the rain has at least helped ease the water shortage the country was fretting over earlier in 2017.

At the start of the summer the alarm was raised over groundwater levels in Sweden being at their lowest for several years, but now smaller groundwater reserves where many wells take their water have started to fill.

On top of groundwater reserves, many cities take their water from lakes and other streams which have quickly been filled by the heavy rain so far in autumn.