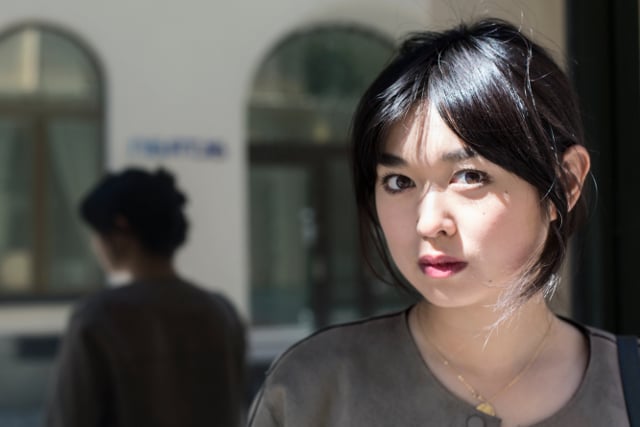 For the first 18 months, Angela Gui barely slept. But the 23-year-old student has turned her campaign to release him into a kind of job, which she says is helping her to cope.

“My dad… wouldn't just be quiet if his own daugher ended up in that situation,” Angela told AFP by phone from England, where she is about to start a PhD at Cambridge University.

She has had three brief phone calls from her father since his disappearance, all telling her that he is fine and she must not get involved with his case – which she believes he did not say voluntarily.

Angela has refused to keep quiet and has regularly publicized Gui's plight, including addressing a United States congressional hearing on China's persecution of its critics.

Last week, Angela had the first news of her father in almost a year after the Swedish ambassador to China, Anna Lindstedt, was granted access to Gui.

Born in China and living in Hong Kong, Gui was also a Swedish citizen, having spent part of his life working there. Angela was brought up in Gothenburg.

In the meeting with Lindstedt, Gui said that he “feels good”, Patric Nilsson, deputy director at the Swedish foreign ministry told AFP, adding the government was working actively on the case.

“It was a huge relief to know not only was he alive, but he didn't look as bad as one might fear,” says Angela, who was told her father had no visible signs of injury.

Lindstedt also told Angela that her father had spoken mostly about her in the 20-minute meeting.

“I was quite grateful that she told him I was doing really well, and for him not to worry,” Angela.

Gui, now 52, disappeared in 2015 while on holiday in Thailand and is being held at an undisclosed location in China.

In 2016, he appeared on Chinese television saying he had returned to take responsibility for his involvement in a fatal car accident years before in Zheijiang province, a confession roundly dismissed by rights campaigners.

An official in Zheijiang told AFP the case was still under investigation.

Angela says she has received no information on specific charges against him or how long he will be held.

Gui is the only one of the five booksellers still in detention.

His colleague Lam Wing-kee went missing in China and skipped bail on a return visit to Hong Kong to give an explosive account of his detention and interrogation.

Two other booksellers who went missing in China have been released. Angela believes they are under surveillance and unable to leave the mainland.

The fifth man, Lee Bo, disappeared in Hong Kong and resurfaced over the border, later insisting he had gone there of his own volition to help with an investigation.

Lee, who Angela said she knew well, was allowed to return to Hong Kong and has since maintained a low profile. Angela asked her father whether his book work was risky, but he said it was legal in Hong Kong and he was not worried. But she knows he never gave his address for mail, using a post office box instead.

Since his disappearance, Angela has become concerned for her own safety.

She says she was jumped by two Chinese men who took photos of her when she was attending a book fair in Germany.

She reported it to police in the UK and Sweden, who gave her numbers to call in an emergency and warned her not to travel to Asia.

She said she feels safe in England, but the restrictions are a reminder of a “sense of threat”.

She still hopes her father will soon return home.

“Otherwise I'd feel pointless doing what I do,” she said, adding she wants to hold a vigil outside the Chinese embassy in London on the anniversary of his disappearance next month.

“Something to show we haven't forgotten.”