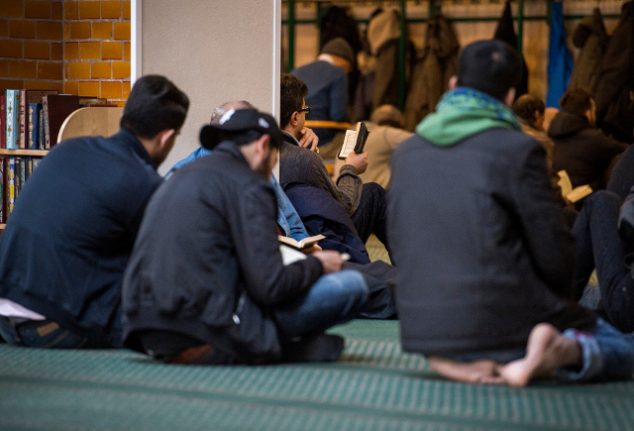 File photo of prayer at a mosque in Sweden. Photo: Marcus Ericsson/TT

A new study has found that a large majority of first and second-generation immigrants describing themselves as Muslim feel closely connected to the countries they live in in Europe and trust public institutions despite facing “widespread discrimination”.

The Vienna-based EU Agency for Fundamental Rights (FRA) based the report on survey answers from more than 10,500 people in 15 member states which together are home to around 94 percent of Muslims in the EU: Austria, Belgium, Cyprus, Germany, Denmark, Greece, Spain, Finland, France, Italy, Malta, the Netherlands, Sweden, Slovenia and the United Kingdom.

Nearly 40 percent of those surveyed across the 15 countries said that they had suffered discrimination and harassment because of their ethnic or immigration background.

Here's how Sweden measured up:

Swedish Muslims rated their level of attachment to Sweden at 4.4 on a scale from one to five (where five equals “very strongly attached” and one equals “not at all attached”).

The countries with the lowest scores were Italy (3.3), the Netherlands (3.4), Austria (3.5) and Greece (3.6). Overall, attachment was higher among descendants of immigrants.

It goes both ways. The report cites a 2015 Eurobarometer in which 89 percent of non-Muslim Swedes said they would feel comfortable or indifferent if their colleague was Muslim (the highest percentage in Europe).

Muslim repondents with Sub-Saharan African backgrounds in Sweden, Denmark, France, Finland, Malta and Italy, believe skin colour or physical appearance is the reason they face discrimination when they look for work, or discrimination at the workplace itself.

In Sweden, 34 percent of Muslims from Sub-Saharan Africa said they had experienced harassment due to their background in the year prior to the survey, compared to 18 percent of Turkish immigrants.

Sub-Saharan Africans in Denmark scored the highest, however, with 48 percent telling the report they had been harassed in the year before.

Only every fifth incident is reported in Sweden and Denmark (19 percent), according to the report.

Reporting of discrimination is highest among Muslims in Finland and the Netherlands, where 31 and 25 percent of incidents are reported, respectively.

However, Sweden and Denmark are still in the top-four for reporting discrimination. In Greece only four percent of all discrimination is reported, and the European average figure is 12 percent of incidents.

Muslims with Sub-Saharan African background in Sweden had the highest awareness of the countries surveyed of organizations from which to seek advice or support (44 percent). However, 55 percent still said they were unaware of such organizations.

Read the rest of the report here.