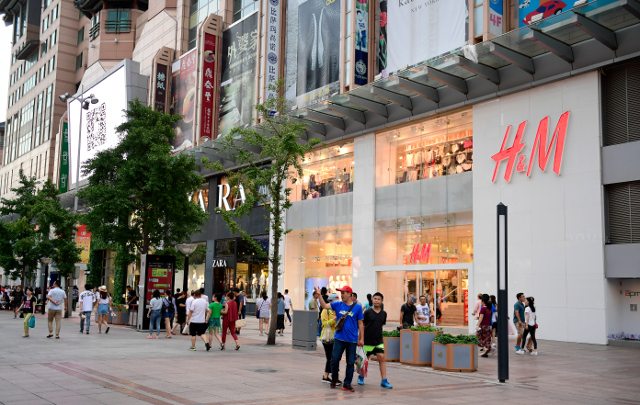 Net profit for the three months to end-August, the third quarter of the retailer's financial year, came in at 3.84 billion kronor ($470 million), a drop of 20 percent. Sales grew 4.6 percent to 51.23 billion kronor.

The results were in line with analysts' forecasts, but the retailer's shares dropped sharply in Stockholm in reaction.

“The fashion retail sector is growing and is in a period of extensive and rapid change as a result of ongoing digitalization. The competitive landscape is being redrawn, new players are coming in and customers' behaviour and expectations are changing, with an ever greater share of sales taking place online,” CEO Karl-Johan Persson said in a statement.

“This shift is clearly reflected in our online sales, which continue to develop very well. However, our growing online sales did not fully compensate for reduced footfall to stores in several of our established markets, which has resulted in our total sales development not reaching our targets so far this year,” he said.

This meant that H&M entered the third quarter with an inventory level that was too high, he said.

An “aggressive” summer sale policy brought stocks down, and the autumn collection got off to a good start, he said, but sales slowed towards the end of September.

The group's online sales currently represent up to 30 percent in some of H&M's established markets, and Persson said online sales were expected to rise by at least 25 percent per year in the future.

Meanwhile, the retailer is continuing to invest in bricks-and-mortar operations, having opened its first physical stores in Kazakhstan, Colombia, Iceland and Vietnam, with its first Georgia outlet coming later in the year.

H&M said it will have opened a net 385 new stores across the world by the end of the year, after subtracting the around 90 stores that will have been closed.

H&M shares were down 5.7 percent in early Stockholm stock exchange business, at 209.80 kronor.