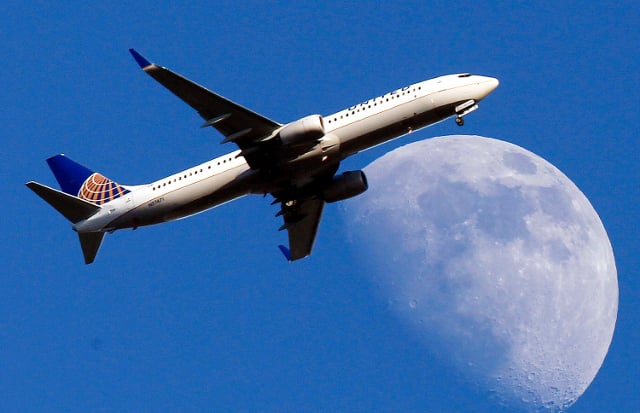 American scientists Jeffrey C Hall, Michael Rosbash and Michael W Young have won the 2017 Nobel Prize in Physiology or Medicine for “their discoveries of molecular mechanisms controlling the circadian rhythm”.

Nobel Assembly member Juleen Zierath, a Swedish-American physiology professor at the Karolinska Institute, explains to The Local how their research helps explain why we get jet lag, and why even a one-hour shift from summer to winter time can make us feel out-of-sync with our biological clock.

So we knew this clock existed for a long time, but this discovery reveals the mechanisms of how it works?

You're right, we've known for centuries about the circadian clock. So that for example with plants, we could show that when daylight came a plant opens its leaves, when dusk comes it closes it leaves, and if you put it in a dark environment the plant will continue to open and close those leaves on a diurnal rhythm. Linnaeus was also looking at this with flowers, trying to classify them on opening and closing petals. In the 1930s we had shown that it was genetic, so we had an understanding there was the circadian rhythm, it could control biology, and it was genetic.

Somewhere around 1959 or so (Franz) Halberg coined the phrase circadian rhythm, that's about a day. It should happen over 24 hours, be independent of external stimulae, and something that could be synchronized with the external environment: either by light, food intake, et cetera. In the 1970s there were some investigators who studied mutant flies, and they could identify fly strains that either had shorter, longer or very a-rhythmic rhythms. That was a seminal discovery leading to this work.

The discoveries of our Laureates first started to be charted in 1984. That spanned about 12 years until 1998, a long period of time. Hall and Rosbash worked together at Brandeis, and Young worked independently at Rockefeller. Together they were able to isolate a gene called PER (Period), and later they could then look at the molecular mechanism for this clock machinery. The discovery is really that machinery. What Hall and Rosbash did, they could identify that period protein had an oscillation over 24 hours, and they studied the head of flies, the brain of flies. They could show there was an accumulation of the period protein happening at night, and the period protein disappeared during the day. They also showed the mRNA had an oscillation, and that mRNA signal came first. That led to the production of a protein which was also diurnal. So they hypothesized that there was a transcriptional translational feedback loop, an inhibitory loop. So somehow the abundance of this period protein could feed back and turn off the activity of that gene. That was interesting.

Subsequently Mike Young discovered a protein called 'timeless'. It was shown to bind together with Period in the cytoplasm and stabilize that protein, which was important for transporting it back into the nucleus. The next experiment he did was to identify Doubletime, which is important for the frequency of the oscillation. Doubletime could degrade proteins, and it degraded the Period protein when it was unbound by timeless. So this mechanism would say that these proteins could be synthesized, they would feedback on themselves, block their own activity, and thereby have a self generating signal.

What was later shown was this circadian machinery controlled physiological outputs, behavioural outputs like activity and what we know now in humans is it controls hormone release, temperature, cardiac function et cetera. It seems incredible that something this complex can be found from something as simple as a fly, then extrapolated to humans. But that apparently happens quite a lot?

Investigators were seduced by the awesome power of genetics, and the fruit fly is an excellent model in that it has a relatively short life cycle, and in a few months you can study several generations of them and do genetic crosses which is helpful.

And in about 75 percent of the disease genes you can identify in fruit flies, you can translate them to humans. So it's a pretty good work force for trying to study complex physiology. The beauty is to take it beyond other species.

How have we been able to apply the results of this study in practice?

There are a couple of ways. It's a way of getting an understanding of how we're coupled to the rotation of our own planet, that's pretty phenomenal. We're in sync with our planet!

Another way to look at it is that we can understand that we have an inner clock, and because of that clock there's certain physiological responses that happen in a very coordinated way. Certain hormones released before we wake up, changes in our alertness that can happen, changes in our heart rate and blood pressure that happens at certain times of the day. And changes in different secretion of hormones, to put us to sleep.

What is it used for? We understand now that if we change from winter to summer time, even a one-hour shift in our environmental clock makes us feel very misaligned with our biological clock. If you're travelling, and travel from Sweden to New York, you feel jetlag, and we know that's because there's dis-synchrony with our biological clock and our environmental clock – i.e., the clock on our wrist. We understand that now as well.

Fruit flies ('excellent models for genetics studies') key in research that led to this year's Nobel Prize in Physiology or Medicine win. pic.twitter.com/kmf74cegjk

So could a fruit fly get jet lag?

Yes a fruit fly can get jet lag. I guess that's almost what they created genetically in the study. But yes, it could get jetlag!