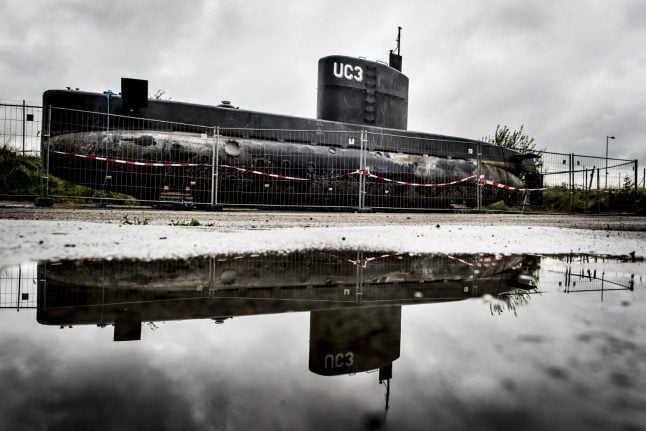 No definite cause of death has yet been ascertained, special prosecutor Jakob Buch-Jepsen said on Tuesday during a hearing at Copenhagen City Court to extend the preliminary detention of submarine owner Peter Madsen, who is suspected of causing her death.

Madsen is accused of killing Wall, 30, and of improper conduct with her body.

After the journalist’s torso was found on shores near Copenhagen, forensic examination confirmed that her head, arms and legs had been removed deliberately.

The 46-year-old amateur submarine and rocket builder denies both charges and had declined to voluntarily extend his preliminary detention.

Buch-Jepsen said during Tuesday’s court hearing that several stab wounds had been found in Kim Wall’s chest and abdomen. Fourteen stab wounds were found in the lower abdomen area, according to news agency Ritzau’s report of Buch-Jepsen’s statement.

The injuries were sustained “around the time of death or shortly afterwards”, according to the report.

The arms, legs and head appear to have been removed from the body by sawing, Buch-Jepsen said.

According to the prosecutor, investigation of the case has also led to a hard drive, probably belonging to Madsen, on which videos are stored showing executions of women by hanging and burning.

The videos are probably real, according to the prosecution authority.

The accused claimed during the hearing that other individuals had access to the hard drive on which the videos were found.

Madsen’s defence lawyer Betina Hald Engmark said that there was no greater cause to suspect her client and that he should be released.

Engmark cited bruising found on Wall's backside as supporting Madsen’s claims that the journalist died as the result of an accident.

The owner of the UC3 Nautilus submarine said during a prior hearing last month that Wall died after she was accidentally hit by a hatch on the submarine, after which she fell.

Freelance journalist Wall went missing after having boarded the 18-metre UC3 Nautilus sub on the evening of August 10th, apparently as part of her work on a feature story about its owner, inventor and entrepreneur Madsen.

Madsen was brought back alone to a harbour in Copenhagen on Friday August 11th after the vessel sank in waters near Køge Bay.

The 46-year-old has been held in custody since.

He changed his story shortly afterwards, telling Copenhagen City Court on August 12th that he had buried Wall at sea after she died on board due to an “accident”.

Wall's torso was found at the shore on the island of Amager near Copenhagen on August 21st.

Police later confirmed that the body's legs, arms and head, which have not yet been found, were removed deliberately, and that the body had been tampered with to make it sink.