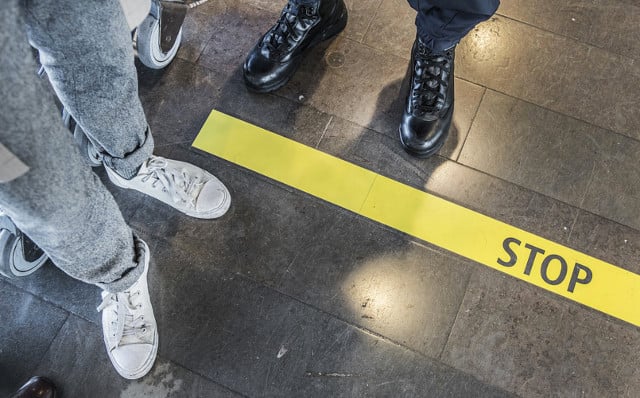 In almost eight out of ten deportation cases handed over by Sweden's Migration Agency to the police between May and August this year, the person had already disappeared and their whereabouts was unknown.

That's according to a report to the Swedish government that newspaper Dagens Nyheter (DN) gained access to.

“This means we're spending more time and resources on looking for people. But also that we are having a harder time being effective in our part of enforcement,” Swedish Border Police head Patrik Engström told DN.

According to the report the number of deportation cases has reduced somewhat, but they are becoming more complicated to carry out.

By June this year police had 17,358 deportation cases to work with, compared to 19,277 at the same time in 2016. The decrease can partly be explained by the fact that fewer cases are being handed over to them by the Migration Agency, but also that some had passed the statute of limitations of such cases, which is four years.

At the same time, the number of people being sought in deportation cases has increased from 12,277 to 12,338.

In April, the Swedish government proposed new measures to try and help improve the success rate in deportation cases, including giving police an increased ability to carry out inspections of workplaces.

Sweden's Border Police have previously expressed fears that there could be an increase in undocumented migrants in the country who are vulnerable to crime and exploitation.

A high profile example of someone police were looking for after being handed a deportation order is Stockholm terror attack suspect Rakhmat Akilov, who disappeared after getting a deportation decision in December 2016.