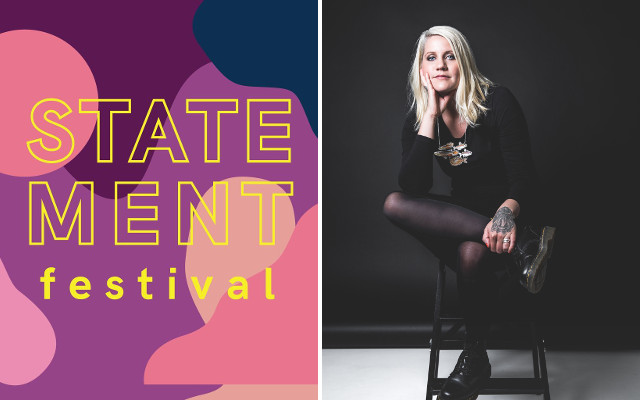 More than 3,000 people have pledged to back the women-only Statement Festival on crowdfunding platform Kickstarter, and the festival reached its goal of 500,000 kronor ($62,800) on Wednesday evening.

“You guys are amazing and together we're writing history! But don't stop now, every krona is needed!” organizers wrote on the festival's social media channels.

Backers of the event will receive different rewards, depending on the amount they pledge. For example, 100 kronor ($12) would earn backers “eternal love”, while for higher amounts they could receive T-shirts, bracelets, and stand-up courses from female comedians. The Kickstarter campaign will run until Sunday morning.

The idea for a man-free festival was first suggested by comedian Emma Knyckare in response to the cancellation of the Bråvalla festival in Norrköping, one of Sweden's largest festivals, following several reports of rapes and sex offences.

“What do you think about putting together a really cool festival where only non-men are welcome, that we'll run until ALL men have learned how to behave themselves?” Knyckare wrote on Twitter.

The positive reaction prompted her to turn the idea into reality.

“It felt important when so many people wanted it,” she told The Local in September.

On Wednesday, after the crowdfunding campaign reached its goal, Knyckare wrote on Instagram: “Heyyyy we made it! We are the worlds greatest ! […] Thousands of big kisses to all those who contributed”. She also said that the location and date of the event would be released shortly.

A team of 22 people are currently working on the festival, which will last for two days and take place in summer 2018. Knyckare also told The Local they aimed to have a 100 percent female lineup and crew.

But the concept has been criticized by some, with suggestions that a gender-segregated festival could contravene Sweden's discrimination laws, though Knyckare said she had received assurance from legal experts that the event could go ahead.

Further questions were raised over the proposed inclusion of transgender men at the festival, prompting organizers to say they would carry out “internal discussions” to see if a revision was needed.

In a statement on Facebook on Wednesday however, organizers said: “The festival is not 'man-free'; it does not welcome cis men, but trans men and [those who identify as] non-binary are welcome.”