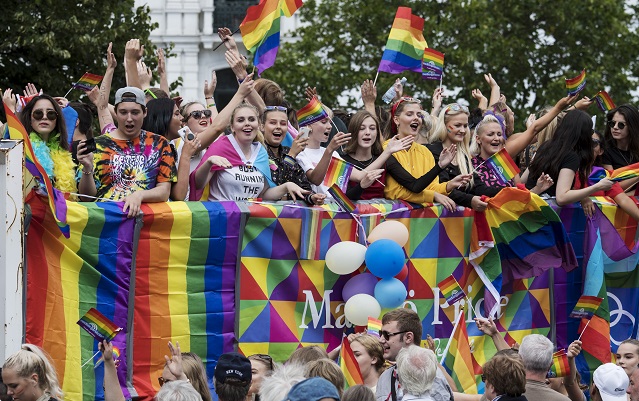 A float in Malmö's Pride parade this August. Photo: TT

Organizers InterPride announced on Sunday evening that Copenhagen will be the host city for the event in four years' time.

And about a third of the pro-diversity festival will be held in Malmö through collaboration with Greater Copenhagen, according to the organization behind the bid.

World Pride is a ten-day event held in August every two years, and organizers expect up to half a million people to travel to Copenhagen for the celebrations.

“I just stood up and shouted with joy when we found out,” Filip Filipek, spokesperson for Malmö Pride, told SVT. “It's like winning an Olympic Games for us.”

READ ALSO: Malmö is the location for 'New York, I Love You' follow-up

“It's the first 'mega-event' that we've worked on jointly in the Öresund region,” added Filipek, who said he hoped the festival would turn the region into “one of the most open in the world”.

Malmö's mayor, Katrin Stjernfeldt, said she was “proud and happy” about the two cities' collaboration.

The bid to bring the event to Copenhagen was launched in 2015 and has cost 94 million Danish kroner (13 million euros). Local and national governments in Denmark and Sweden have supported the bid, and Copenhagen received over two thirds of the votes at the AGM of Interpride, when the host city was decided.

This year, World Pride was held in Madrid, and New York will host the 2019 edition of the festival.