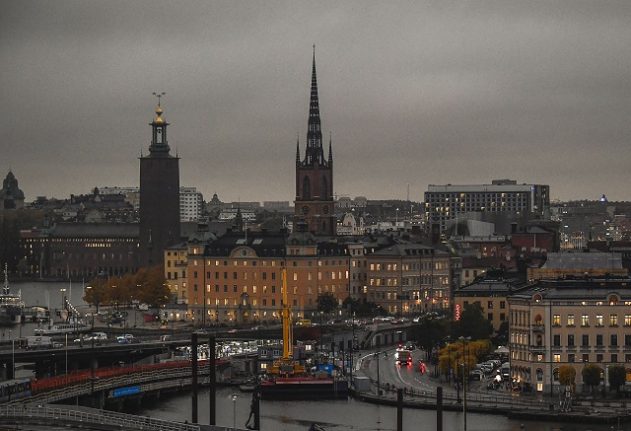 The sun rose at 7.30am, but even after 9am, it was still almost as dark as night across the Swedish capital.

“The sky is very dark and strange today. In Sweden, we are familiar with darkness, but this is odd,” wrote another Twitter user, Carin Mattson. The island of Djurgården in the east of the capital. Photo: Jonas Ekströmer/TT

Others wondered if the weather was a sign of an impending apocalypse, but the Swedish Meteorological and Hydrological Institute gave a more rational explanation for the spooky phenomenon.

“It's probably a cumulonimbus cloud that makes it feel darker than normally at this time in the morning. It's quite unusual to have this kind of thunder so late in the season,” meteorologist Therese Gadd told news agency TT.

A cumulonimbus cloud or 'thunderhead' occurs when water vapour is carried upwards by strong air currents, to form a dense vertical cloud. They usually appear during storms and can prevent sunlight from penetrating through.

And the phenomenon could well be linked to Storm Ophelia, which has caused huge damage in Ireland and Great Britain, according to Nordic weather forecasting company Foreca.

“We think that this is exactly what happened in Great Britain, which is that it's the dust from wildfires in Spain and Portugal that's making the sky darker,” a meteorologist from Foreca told Aftonbladet.

The sky over London was red and yellow on Monday evening, and weather experts believe strong winds have now carried the dust particles north to Sweden.