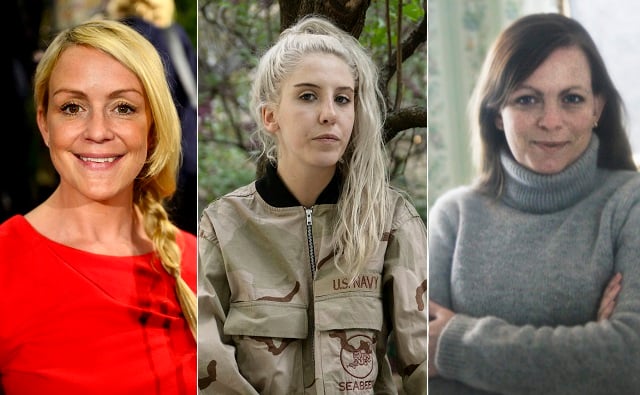 Actress Alyssa Milano launched the '#MeToo' hashtag on Sunday, urging women to share their own experiences to “give people a sense of the magnitude of the problem”, in the wake of sexual assault allegations against Hollywood producer Harvey Weinstein.

If you’ve been sexually harassed or assaulted write ‘me too’ as a reply to this tweet. pic.twitter.com/k2oeCiUf9n

Millions of posts have been shared on Facebook and Twitter, with thousands of Swedes also using the hashtag.

“He never interpreted my removal of his hands from my body as a 'no'. He just carried on while I lay, silent, fearful and disgusted,” one woman said.

“Six years ago, my best friend turned into a rapist. My rapist.”

“The guy who put his hands down my pants when I was 14. I didn't know then that he would become just one of many.”

“I didn't want to write #metoo because isn't it OBVIOUS?! All women I know share these experiences,” wrote another woman.

Well-known figures in Sweden have also used the hashtag to speak out about harassment and the need for change.

Swedish singer and actress Sarah Dawn Finer wrote on Instagram that she had been harassed “in Sweden, outside of Sweden .. from then til now. Everywhere.”

#metoo From kindergarden, through school, at the after school jobs, on tour, in the studio, in meetings, at parties, on set, at television, one on one or in a room full of people, in Sweden, outside of Sweden .. from then til now. Everywhere. By people I knew well, and by strangers. #metoo Me too. If all the women who have been sexually harassed or assaulted wrote “Me too.” as a status, we might give people a sense of the magnitude of the problem. #metoo

“So many times. In the pub. At work. And not least, in one of my relationships. That's enough now,” wrote comedian and TV presenter Karin Adelsköld.

Singer Peg Parnevik chose not to describe her own experiences of harassment but praised the strength of those who did, adding: “To the men, be allies. Hear us. It should never take 50 stories about sexual assault to finally believe it.”

Other famous Swedes to denounce sexual harassment using the hashtag were sports presenter Jessica Almenäs, and author Katarina Wennstam. And figures from the Swedish business and tech industries spoke out too, including entrepreneurs Elin Elkehag and Bonnie Roupé, and Marta Skundric Sjögren from technology investor NorthZone.

The movement was started in response to the allegations against Hollywood producer Harvey Weinstein, who has been accused of raping, harassing, and assaulting multiple women over a period of several years, including a number of well-known actresses.

Weinstein has denied the allegations, saying he believed all sexual relations to be “consensual”.

One of Sweden's most famous actors, Stellan Skarsgård – who had an international breakthrough in Good Will Hunting (1997), produced by Weinstein among others – warned on Friday that the problem was about more than just “one bad apple”.

“The man has been crushed and it is pointless to keep kicking. It only makes people think that it's about one single bad apple when this is a problem that exists wherever there is power and powerlessness and lots of women and men are exposed to daily abuse. And only some of it has to do with sex,” Skarsgård said.

Similar social media campaigns have taken root in France and Italy, with some naming their alleged harassers.

READ ALSO: 'Sweden is not some kind of equality paradise'