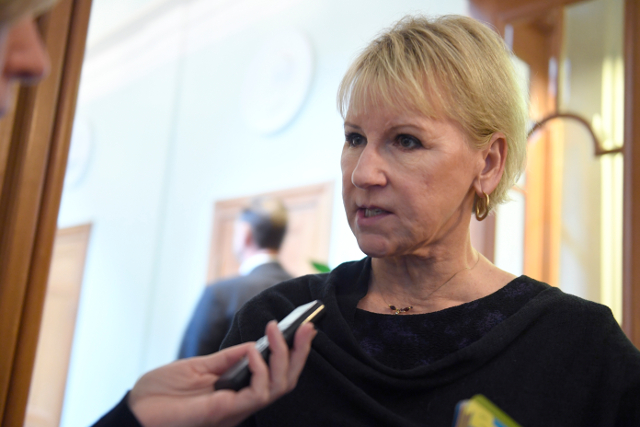 Actress Alyssa Milano launched the #MeToo hashtag on Sunday, urging women to share their own experiences to “give people a sense of the magnitude of the problem”, in the wake of sexual assault allegations against Hollywood producer Harvey Weinstein.

Millions of posts have been shared on Facebook and Twitter by women – and men – all over the world, including in Sweden, with people sharing stories of inappropriate conduct ranging from groping to rape.

Foreign Minister Wallström praised the courage of those speaking out and argued that more has to be done on a political level to fight sexual violence and harassment.

“We have to look at what our legislation looks like,” she told Swedish news agency TT.

“These are brave women and girls around the world, but I also think of this as a politician: What do we do? This type of call is not enough, it also has to lead to action.”

“How do we influence public opinion and what can we do, through our channels, to fix this?”

Asked if she had experienced it personally, she said: “I don’t want to talk about it from too personal a perspective, but I can confirm that it exists at the highest political level and I, too, have experienced that.”

Wallström, the front figure of Sweden’s feminist foreign policy, worked as the UN’s special representative on sexual violence in conflict from 2010-2012, investigating claims of the use of rape and other kinds of sexual violence as a weapon by rebels and government troops in the Democratic Republic of Congo.

“I have in that role seen how this can take the most violent and disgusting forms. I’ve seen how far sexual violence in war and conflict zones can go,” she told TT.