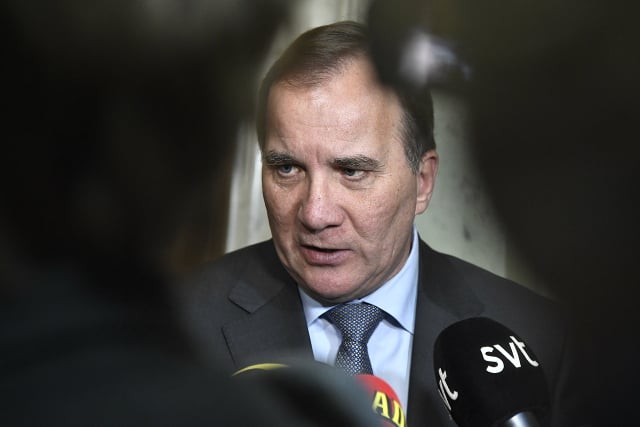 Macron is set to appeal to his European Union counterparts at a summit in Brussels to go more slowly, arguing the deals are alienating EU citizens who are wary of globalization.

“I do respect different concerns of course and we need to discuss that,” Löfven said in an interview with AFP in Brussels when asked about Macron's stance.

“But I do not like a general approach that we should slow down trade agreements. That's not where we stand. We need trade agreements,” added Löfven, who will host a summit of EU leaders in Gothenburg on November 17th on jobs and growth.

Macron argues that EU governments no longer have the popular support to negotiate trade deals as many Europeans fear they will lead only to more job losses as well as weaker environmental and health standards.

But Löfven, who has headed a fragile Social Democrat-Green coalition since 2014, said trade deals are needed for economic growth, and without them, Europe will lack enough resources to create jobs and look after the welfare of its 500 million people.

However, he said popular concerns need to be addressed.

“We also need to distribute of course in a much fairer way than we do today,” he said during an interview at the Swedish diplomatic mission to the EU.

Macron insisted that the topic of free trade agreements be put on the agenda for the summit dinner on Thursday.

But many EU member states are loath to make protection from globalization the priority rather than keeping the focus on forging new trad deals that they believe deliver growth and create jobs.

They also urge the EU to seize the opportunity created by the anti-globalization leanings of the Trump administration in the United States.

The EU has pledged to fast-track free trade talks with Australia and New Zealand, and would do so by bypassing the risky national ratification process that could torpedo a similar deal with Canada.

Brussels has also revived discussions with Mexico, but also with Mercosur – which includes several South American countries – with which it is ready to make concessions on beef and ethanol in exchange for more market share for its cars. Stefan Löfven and Emmanuel Macron in Paris back in July. Photo: AP/Photo/Michel Euler

“Too many people today feel insecure about their future and if people are afraid of the future, that is a very risky situation,” he said.

In order to sustain the European project, it is necessary to not only give people good jobs, but also train the 90 percent of unemployed who do not get training.

The jobless and sick also must receive proper benefits, he added.

“That is the answer to populism or extremism, make sure people feel safe for the future.”

Article written by AFP's Lachlan Carmichael and edited by The Local.