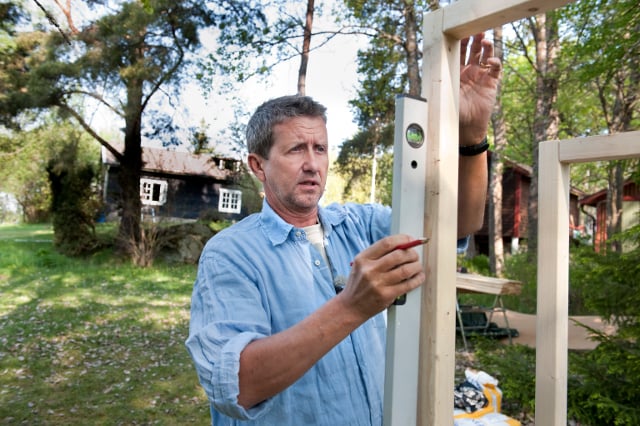 Martin Timell, one of Sweden's most well-known TV presenters, has been accused by a number of women ex-colleagues of various offences including sexual harassment, sexual assault and other offensive behaviour, including belittling co-workers, having outbursts of rage and making sexist and homophobic comments.

The claims follow concerns of workplace bullying raised by previous staff members years ago, which were discussed internally at the time, and the broadcaster said on Thursday it had launched a new investigation.

“The accusations are so serious that we have decided to remove (him) from service for now. We have to get to the bottom of these allegations … We will now investigate this further in peace and quiet, and I cannot say more than that about what will happen in the future,” TV4's content director Åsa Sjöberg said in a statement.

On Friday it announced it had decided not to run any of the programmes Timell had been set to appear in this autumn, including the hugely popular home improvement show 'Äntligen Hemma'.

With a career spanning three decades, Timell is a household name in Sweden. He has presented a range of shows such as SVT's 1980s programme 'Bullen' aimed at a teenage audience, children's talent show 'Småstjärnorna' and the Swedish version of 'Deal or No Deal'.

Timell addressed some of the allegations in a long interview with the Expressen tabloid on Friday.

“I am shocked that I have done so much wrong. My intention has always been to entertain, tell jokes that sometimes cross the line, and I didn't understood that it hurt people. That came as a shock to me,” he said.

“Sometimes somebody has joked about something, and I've taken it further, this time a bit more crude and juicier, because it's been exciting to try to be entertaining by crossing the line. My team have today given me repeated examples of when that has happened. I have believed, because nobody had said anything, that it was entertaining. I have understood that I use language that may be more suitable for the 18th century.”

He also admitted to having a “problem with (his) temper” and said he would be seeing a therapist. Millions of posts have been shared under the MeToo hashtag. Photo: Fredrik Sandberg/TT

A high-profile journalist writing for Sweden's biggest tabloid Aftonbladet has also been accused of sexual harassment and assault by several women. One woman reported him to the police in 2011 and accused him of drugging and raping her in 2006. The investigation was dropped due to insufficient evidence.

Aftonbladet commented on the allegations to say that the journalist had in agreement with the company decided to “take a time-out” and said it had launched an internal investigation.

“Aftonbladet has hired an external and independent investigator, an expert on sexual crimes,” wrote its publisher Sofia Olsson Olsén in a statement published on the site.

A senior staff member working for public broadcaster SVT has also been accused by female colleagues of sexual harassment. Newspaper ETC reports that the allegations concern “hugs, kisses and other inappropriate behaviour in connection with work”.

“We acted immediately and an internal investigation is ongoing. The person is not at the workplace during the investigation,” SVT communications officer Hanna Dowling told ETC.

Actress Alyssa Milano launched the #MeToo hashtag on Sunday, urging women to share their own experiences to “give people a sense of the magnitude of the problem”, in the wake of sexual assault allegations against Hollywood producer Harvey Weinstein.

Millions of posts have been shared on Facebook and Twitter by women – and men – all over the world, sharing stories of inappropriate conduct ranging from groping to rape.