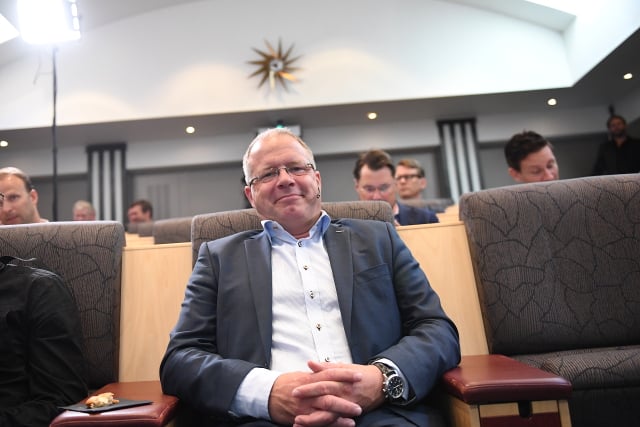 Chief executive Martin Lundstedt said the group had registered growth across the board, noting a 32-percent increase in truck orders and a 45-percent hike in construction equipment ordgers.

The Swedish group's net profit for the July-September period rose to 5.5 billion kronor ($673 million) from 2.6 billion in the same period a year ago.

READ ALSO: More news about the Volvo Group on The Local

The price of the Volvo share soared on the news, gaining 6.3 percent in midday trading several hours after the report was releeased, in a market up 0.92 percent.

Sales climbed by 12 percent, to 77.2 billion kronor, while operating profit surged by 57 percent, to 7.4 billion.

Analysts had forecast an operating profit of 6.5 billion.

Volvo said it expected demand to remain high in 2018, including for the truck market where it expects to sell 300,000 vehicles.

“Looking ahead to the next couple of quarters, we will be working hard to secure the introduction and the ramp-up of production of the new truck portfolio in North America as well as working together with our suppliers to reduce inefficiences due to supply constraints for our truck production,” Lundstedt said.

The group on Tuesday said it would not divest its so-called Governmental Sales unit – which sells specially-designed vehicles to governments, the defence industry, peacekeeping forces and aid organizations – after failing to receive attractive offers.

“Our Governmental Sales operation has a positive development and a strong order book. We have previously announced our intention to divest this business, but the offers we have received do not reflect its value. We have therefore decided to discontinue the divestment process,” Volvo deputy CEO Jan Gurander said.