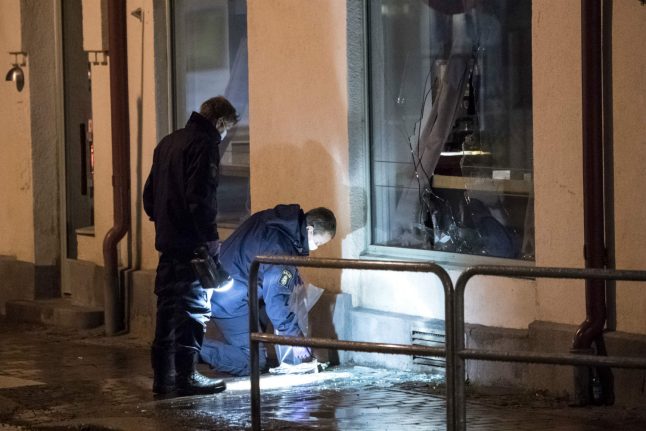 According to information provided by people present at the bar, the man was wearing what looked like a bomb belt, reports news agency TT.

Fire did not set and the man who threw the fire bombs was apprehended by security staff and guests at the bar, reports TT.

“The man was carrying a large kitchen knife and was wearing something resembling a bomb belt with electronics. He said he was going the activate [the belt] when we overpowered him,” the bar writes on its website.

Police have declined to confirm any details relating to the objects found or arrested man.

“We have conducted interviews with the 21-year-old this morning, that is all I’m able to say at this time,” Kim Hild, press spokesperson with Police Region Syd (South), told TT.

A bomb disposal unit attended the scene and has seized a number of objects.

“We have cordoned off and are working at the scene. We are taking investigative measures,” Mikael Lindh, duty officer with Police Region Syd, said.

Sweden’s Säpo security agency is not currently involved in the investigation.

“We have been informed of the incident, but it a matter currently being investigated by police authorities,” Säpo press secretary Sofia Hellqvist told TT.

One person is reported to have been injured by glass splinters during the incident.