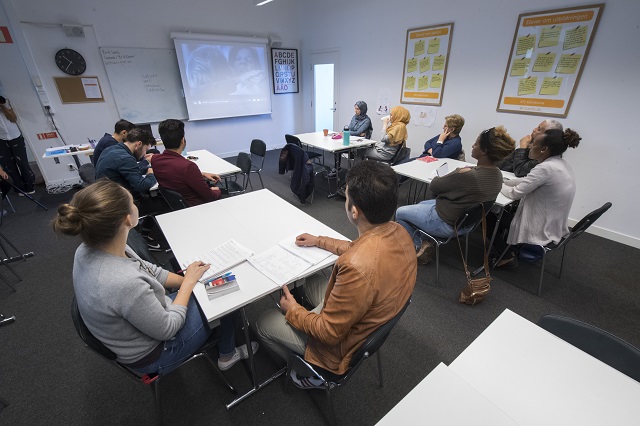 The Swedish Academy will begin its intensive language courses this autumn, with a hundred newly arrived students taking part in two different schools.

“This will help make Swedish teaching better than it is today,” Tomas Riad, a member of the prestigious academy and professor of the Scandinavian Languages department at Stockholm University, told SVT.

Foreigners living in Sweden are already entitled to free language classes through the government's SFI (Swedish for Immigrants) programme, but the Swedish Academy's course would aim to speed up language-learning and make the process more efficient by using the same methods used in primary school teaching, adapted for adult learners.

Riad explained that in order to keep up with a Swedish high school level, it was necessary to know at least 12,000 words, and said the Academy would teach students 100 new words each week, measuring their progress with a weekly test. That way, in ten weeks they would have learnt 1,000 words.

Pronunciation is also a crucial part of learning the language and would be emphasized in the course, the linguist said:

“It’s important to work on pronunciation early so it’s as good as possible. If you start saying things wrong at the start, it’s easy to carry on.”

The project is scheduled to take three years, and while some parts will be fine-tuned later on, the goal is that all schools which are interested in participating will be able to use the method in the future — meaning that a growing number of immigrants will have the opportunity to learn Swedish faster, giving them a better chance at integrating not only socially, but also in the Swedish job market.

READ ALSO: Nine odd things that happen when you (try to) learn Swedish