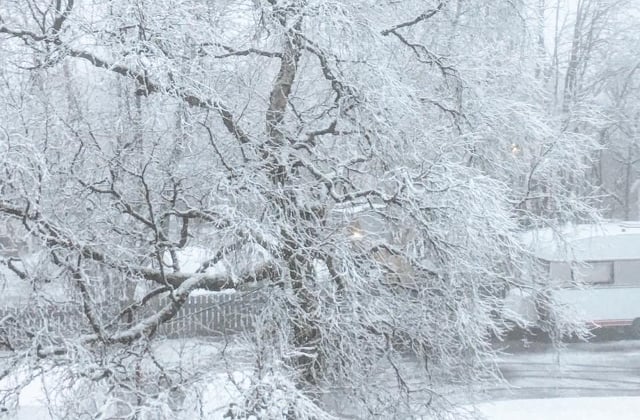 For drivers who live in Norrland or the central Svealand region, it is time to change to winter tyres. Cold and frosty mornings, and slippery roads, are to be expected.

“You could see it as a first sign of warning in the morning if you have to scrape the windshield. That's a clear sign that it has been a little bit colder during the night,” said Alexandra Ohlsson, meteorologist at Sweden's national weather agency SMHI, on Monday morning.

Swedish law requires that cars should have winter tyres between December 1st and March 31st if there is snow, ice or frost on the road. Many people fit winter tyres long before this deadline.

A good rule of thumb is to fit your winter tyres when temperatures fall below 5C. There are two types – studded and stud-free tyres, which have a thread depth of at least three millimetres.

READ ALSO: The lowdown on winter tyres in Sweden

Sweden is currently experiencing three different seasons, so depending on where you are in the country, it could be summer, autumn or winter.

In meteorological terms, Swedish autumn is defined as beginning when the average temperature for each 24-hour period remains between 10C and 0C for five days and nights.

But if the average for that period is over 10C, it is still considered as summer – even though it might feel quite cold – while an average of below 0C means winter has arrived.

This means that some parts of southern Sweden never experience a meteorological winter, whereas northern Sweden has already seen the first snowfall.