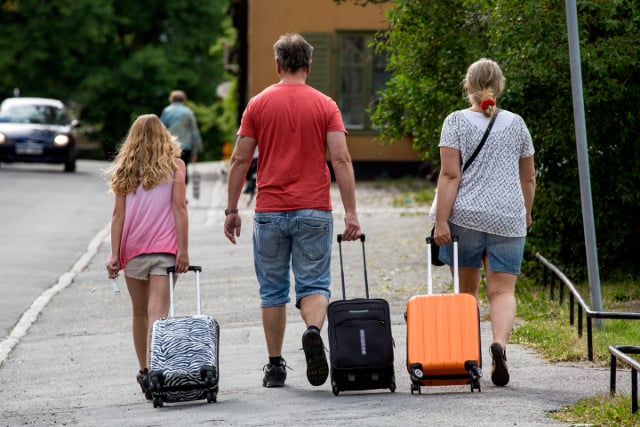 Last year 45,878 people emigrated from Sweden – 18 percent fewer than the year before, according to new figures by Statistics Sweden. It's the first time in seven years the numbers are going down.

Most of them move to another Nordic country, but the top choice has changed. Since 2007 most people have left Sweden for Norway, but more people are now moving to Denmark instead.

Norway was once considered a popular and relatively straightforward option for youngsters hoping to earn a better salary compared to back home, but emigration has decreased in recent years with fewer jobs in business, the service industry and the fishing industry being one explanation.

Around a third of everyone who left Sweden in 2016 was born here. The biggest drops in emigration were seen among natives of China, Thailand and Iran, according to the stats.

In 2015 record numbers of people emigrated from Sweden (55,830), even more than during the height of mass emigration to the US in the 1800s, when poverty-stricken Swedes left in pursuit of a better life. The largest amount of people to leave in a single year during that period was 50,786 in 1887. However, Sweden's population was then 4.73 million compared to more than 10 million today.

A key reason for 2015's surge in exits was an increase in foreign-born residents opting to return home. Around 24 percent of those who left were born in Asia, for example, while ten percent were born in another Nordic country. Less than a third of those who left in 2015 were born in Sweden on the other hand, with the proportion of native Swedes leaving actually decreasing that year.