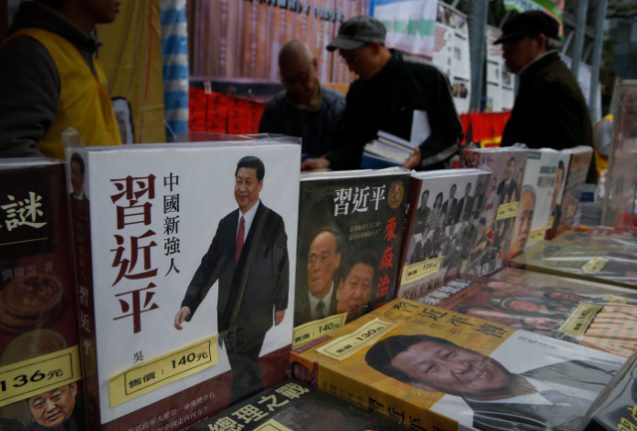 Gui disappeared in 2015 while on holiday in Thailand, one of five Hong Kong booksellers known for publishing gossipy titles about Chinese political leaders to go missing.

In 2016, he resurfaced on Chinese television saying he had returned to take responsibility for his involvement in a fatal car accident years before in Zheijiang province, a confession dismissed by rights campaigners.

The other four people have already been released.

The Swedish foreign ministry said they had been told by Chinese authorities that Gui had been released, but said the details surrounding his apparent release were scarce.

“We have heard he has been released but are working to get more information,” a foreign ministry spokesperson told The Local on Tuesday.

Gui was born in China and later moved to Sweden, where he acquired Swedish citizenship. His daughter Angela, who was brought up in Gothenburg, said she had not been able to track down her father.

“It is important to emphasize that he according to reports has been released but is NOT free. He has disappeared again,” she wrote on Tuesday in an e-mail to Swedish newswire TT.

She said the Swedish General Consulate in Shanghai got a phone call on Monday from someone claiming to be her father:

“He spoke Swedish and said that he intended to apply for a Swedish passport soon, but before that he wanted to spend time with his mother 'who is ill'. My grandmother is not ill. My dad is not with her.”

The Chinese foreign ministry told AFP that Gui had served his jail sentence over “a traffic accident” and “was released on October 17th”.

But Gui's daughter said that when Swedish consular officers arrived at the undisclosed location in China on October 17th, Chinese authorities said he “had already been released at midnight” and that they “had no idea where he was”.