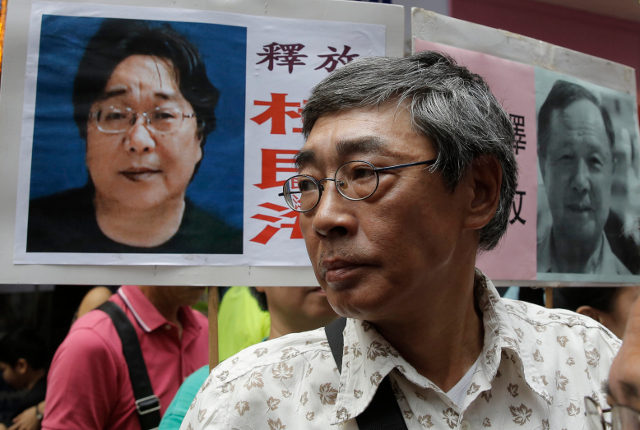 Amnesty International said his safety was still at risk, and questioned whether he had genuinely been released by the authorities.

“As Gui's situation is unclear and his family still can't get in touch with him, we are worried whether he has been placed under house arrest at an unknown location,” Patrick Poon, China Researcher at Amnesty International, told AFP.

“Without access to his family and a lawyer of his own choice, he's at risk of torture. If he's genuinely free, we ask the Chinese government to let him contact his family immediately.”

Gui's daughter Angela, who has campaigned vehemently for his release, said on Tuesday she had not heard from her father since his supposed release last week and believed he had gone missing again.

The 53-year-old Swedish citizen and Hong Kong-based publisher, whose company was known for salacious titles about the lives of China's political elite, disappeared in 2015 while on vacation in Thailand. He had been detained at an undisclosed location in China ever since.

He was one of five booksellers from the same firm to go missing and reappear in custody on the mainland.

In February 2016 Gui appeared on Chinese television, weeping as he confessed to involvement in a fatal car accident years before.

The Chinese foreign ministry told AFP on Tuesday that Gui had served his jail sentence over “a traffic accident” and was released on October 17th.

The Swedish foreign ministry told The Local it had been informed by China of Gui's release and was trying to contact him.

But Angela said that when Swedish consular officers arrived at the undisclosed location in China on October 17th, Chinese authorities told them her father had already been released and claimed they had no idea where he was.

Fellow bookseller Lam Wing-kee, who jumped bail on a return visit to Hong Kong to give an explosive  account of his abduction and interrogation, said he believed Gui would now be living under “residential surveillance”, with his movements restricted and closely monitored.

“This approach is not a first for China,” he told AFP.

Lam said the other three booksellers who had been released from detention were also under restrictions, including their freedom to travel.

Amnesty described the tactic as “intimidation against them and their families”.

Angela said the Swedish consulate in Shanghai had received a “strange phone call” Monday from someone claiming to be Gui.

“He was speaking Swedish and claimed that he intended to apply for a Swedish passport in one or two months, but that before doing so he wanted to spend some time with his mother 'who is ill',” she said.