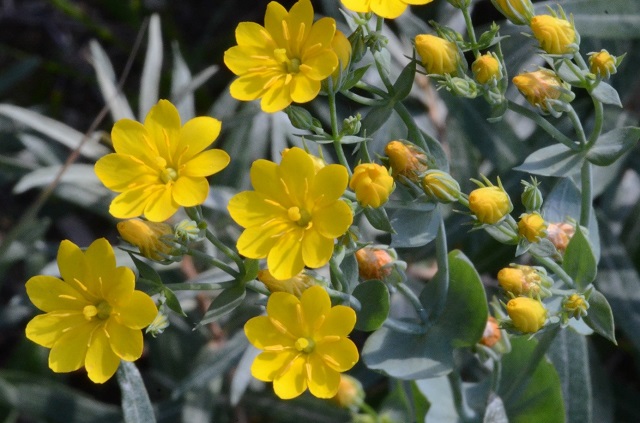 Hundreds of examples of the brightly coloured blackstonia perfoliata, or yellow-wort, were found in a secluded part of the Limhamn nature reserve close to Malmö.

Further yellow-worts were observed in a smaller area north of the limestone quarry by a fence, where visitors can see the special plant. The plant, which can grow to 50 centimetres tall, is native to the Mediterranean region, and it is not clear how the plant found its way to Sweden.

The most likely hypothesis is that it was transported north by a bird or on a visitor’s shoe. This probably happened a few years ago, but it’s only now that the flowers have spread far enough to be discovered, ecologist Mats Wirén explained in a statement. Wirén regularly puts together an inventory of the flora and fauna found in the quarry, but said the discovery of the yellow-worts was an accident.

Blue bugleweed (Ajuga genevensis) was also flowering after the plant’s successful reintroduction to the area last year. The species disappeared in Sweden in the 1940s but since then it has been kept alive by botanists.

But the area’s mistletoe, first discovered in 2011, appears to have died. When it was found six years ago, growing on a rosebush, it was the first naturally disseminated mistletoe observed in Skåne for around 250 years.

And the peregrine falcons which lived in the nature reserve have also faced problems.

Since work at the quarry stopped in 1996, these birds have been observed there, but despite attempts to encourage their breeding, only one young falcon has been born.

This year, the falcons laid eggs, but these were abandoned, likely due to disturbances from unauthorized visitors. The region’s ecologists plan to visit local schools to explain that trespassing in the area disturbs the wildlife, as well as being a dangerous place to play.