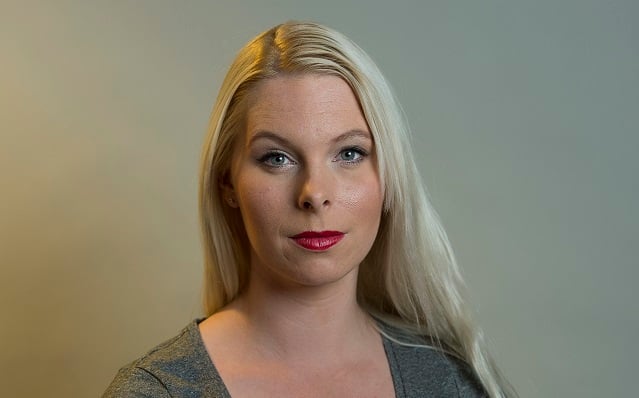 On September 30th, someone threw a fire extinguisher through a window at MP Hanna Wigh's home in Falköping, southwestern Sweden. The person also caused significant damage to her car.

A man has now been arrested and questioned by Sweden's security service Säpo in connection with the incident. Säpo took over the investigation because it was an MP who was targeted, and the service is tasked with protecting Sweden's central government.

The attack on her home came just days after Wigh quit the Sweden Democrats party, known for its anti-immigration stance, after saying she had been silenced by party bosses for raising the alarm over sexual harassment and groping by colleagues.

Prosecutor Ewamari Häggkvist told the Expressen daily that the man was suspected on 'probable cause' (the higher degree of suspicion according to Swedish law).

And Wigh told the newspaper: “I know who it is, and I can only say I'm bloody shocked. It's overwhelming.”

Wigh had been a Sweden Democrat member of parliament since 2014, but told Swedish broadcaster T4 in September she “could no longer be an alibi” for the party, and quit to become an independent MP.

The MP accused of sexually assaulting Wigh denied the allegations at the time, saying he and Wigh had had a sexual relationship he believed to be consensual. Meanwhile, the party's leader Jimmie Åkesson denied knowing about the assault accusations beforehand, a claim Wigh has said is a “lie”.